US Supreme Court raises bar for some immigrants to avoid deportation 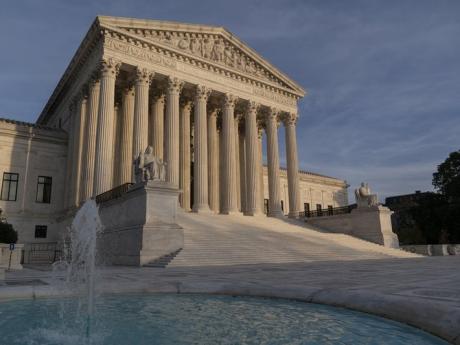 In this November 5, 2020 file photo, the Supreme Court is seen in Washington. (AP Photo/J. Scott Applewhite)

WASHINGTON (AP) — The Supreme Court on Thursday made it harder for longtime immigrants who have been convicted of a crime to avoid deportation.

Under immigration law, “certain non permanent aliens seeking to cancel a lawful removal order must prove that they have not been convicted of a disqualifying crime,” Gorsuch wrote.

Immigrants with criminal convictions who are facing deportation can ask the attorney general to allow them to remain in the country, if the conviction wasn’t for a serious crime and they have lived in the country at least 10 years, among other criteria.