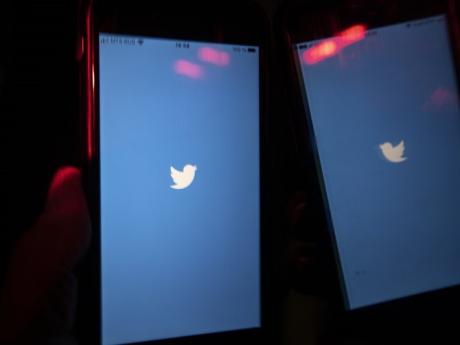 A mobile phone user turns on the Twitter application on his smartphone in Moscow, Russia, Wednesday, March 10, 2021. Russian authorities say they have moved to slow down the speed of Twitter over its failure to remove the banned content an action that reflects the government's effort to tighten rules for social platforms. (AP Photo/Alexander Zemlianichenko)

MOSCOW (AP) — Russian authorities said Wednesday they are slowing down the speed of uploading photos and videos to Twitter over its failure to remove banned content — part of growing efforts to curb social media platforms that have played a major role in amplifying dissent.

The state communications watchdog, Roskomnadzor, said it began the slowdown after it said Twitter failed to remove content encouraging suicide among children and containing information about drugs and child pornography.

Twitter responded by emphasising its policy of zero tolerance for child sexual exploitation, promotion of suicide, and drug sales.

The Russian watchdog warned that if Twitter refuses to abide by Russian law, it could be blocked entirely, but it voiced hope the platform would “take a constructive stance” and comply with removing the banned content.

Vadim Subbotin, deputy chief of Roskomnadzor, said in televised remarks that Twitter is the only social platform that has “openly ignored the Russian authorities’ demand to remove the banned content.”

The watchdog said the slowdown would apply to all mobile devices and 50% of desktop users nationwide.

Roskomnadzor said in a statement that Twitter has failed to remove more than 3,000 posts with the banned content, including more than 2,500 posts encouraging suicide among minors.

Twitter said in a statement that “we have a zero-tolerance policy regarding child sexual exploitation, it is against the Twitter Rules to promote, glorify or encourage suicide and self harm, and we do not allow the use of Twitter for any unlawful behaviour or to further illegal activities, including the buying and selling of drugs.”

“We remain committed to advocating for the Open Internet around the world and are deeply concerned by increased attempts to block and throttle online public conversation,” the statement said.