No reason to stop using AstraZeneca vaccine, says WHO 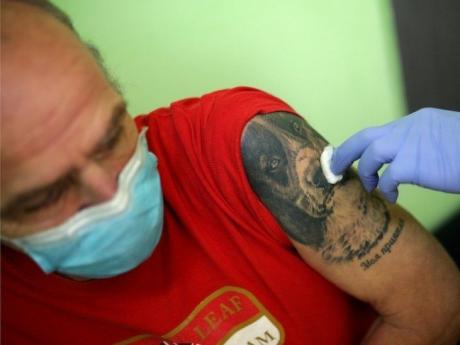 A WHO spokeswoman said Friday that there was no link between the jab and an increased risk of developing a blood clot.

Countries should not stop using AstraZeneca's COVID-19 vaccine over fears it causes blood clots as there is no indication this is true, the World Health Organization says.

Bulgaria, Denmark, and Norway are among the countries that have paused using the vaccine.

The BBC is reporting that a WHO spokeswoman said Friday that there was no link between the jab and an increased risk of developing a clot.

Margaret Harris said it was an "excellent vaccine" and should continue to be used.

Around five million Europeans have already received the AstraZeneca jab.

There have been about 30 cases in Europe of "thromboembolic events" - or developing blood clots - after the vaccine was administered.

There were also reports that a 50-year-old man had died in Italy after developing deep vein thrombosis (DVT).

The WHO is investigating the reports, as it does any safety questions, Harris said.

But no causal relationship had been established between the shot and the health problems reported, she said.

The European Medicines Agency, the EU's medicines regulator, said earlier there was no indication the jab was causing the blood clots.

It also said the number of cases in vaccinated people was no higher than in the general population.

AstraZeneca said the drug's safety had been studied extensively in clinical trials.