Head of junior party in Spanish coalition gov’t stands down 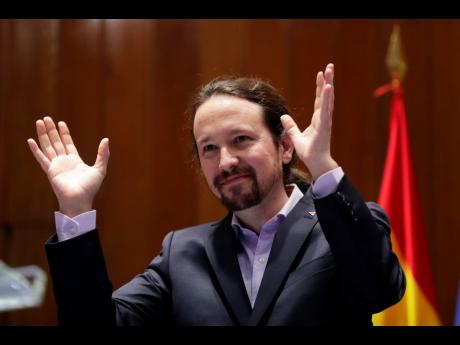 The leader of the junior party in Spain’s coalition government announced on Monday he is leaving the Cabinet to run for regional office.

Pablo Iglesias, who took the left-wing Unidas Podemos (United We Can) party into government 15 months ago with the Socialist party, said he is proposing Yolanda Díaz, currently Spain’s Labour Minister, to take his place as deputy prime minister in charge of social rights.

Iglesias said he had informed Socialist Prime Minister Pedro Sánchez of his decision to stand in the May election for the Madrid regional government. He said his political efforts would be “most useful” fighting right-of-centre opponents in the Spanish capital.

Sánchez wished Iglesias luck and recognised his contribution to the government’s work. He said he would announce Cabinet changes in the coming days.

Iglesias and Sánchez, a centre-left Socialist, overcame their political differences to create Spain’s first coalition government in the four decades since the return of democracy.

The government has remained stable, despite initial fears the two parties wouldn’t last together for the full four-year term.

Iglesias, who wears a pony tail and open-necked shirts at official events, was a political novice when he emerged to lead the United We Can party, which grew out of public anger at austerity measures introduced during Europe’s financial crisis after 2008.