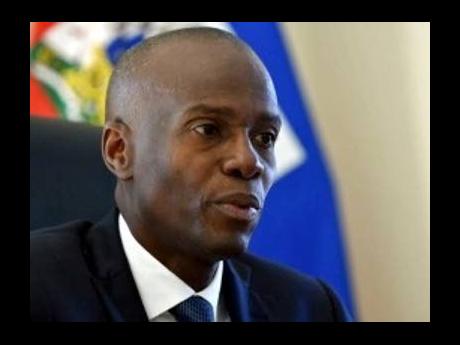 President Jovenel Moïse has asked the Organization of American States (OAS) for assistance to deal with the security crisis in the French-speaking Caribbean nation, days after the death of four police officers in a botched raid

Moïse asked for help on Monday when he met with OAS Secretary General Luis Almagro to discuss security.

“During this exchange, I asked this important organisation for technical support to the PNH (National Police of Haiti) in order to fight effectively against banditry and terrorism,” he said.

Their discussion came on the same day that an extraordinary Council of Ministers met at the National Palace and adopted a decree to revise state of emergency legislation to give the Superior Council of the National Police the means to combat banditry and crime, and to empower the PNH and the Armed Forces of Haiti (FADH) to work in synergy to combat insecurity.

“This decree allows the competent authorities to mobilise any external support necessary for the achievement of their mission,” a government statement said.

Mathias Pierre, minister delegate in charge of electoral matters, said synergy between the PNH and the FADH, “each in their own spheres of action, can help defeat banditry to facilitate the organisation of elections in Haiti”.

The efforts come on the heels of an incident on Friday in the Village de Dieu slum, in the capital, where kidnapping victims are often kept.

Four police officers were killed and eight injured in an attempted raid on the gang stronghold. Their armoured vehicles and high-calibre automatic weapons were also seized.

President Moïse denounced the acts as “a declaration of war against society”.