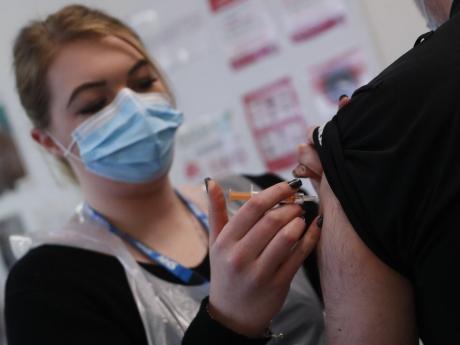 LONDON (AP) — The world awaited the results Thursday of an initial European investigation into whether AstraZeneca’s COVID-19 vaccine is linked to blood clots reported in small numbers of recipients of the shot.

Concerns over the clotting led more than a dozen European countries to suspend use of the vaccine over the past week, even though the company and international health agencies said there was no indication the shots caused the clotting and recommended continuing inoculations.

The European Union drug regulator’s expert committee was expected to report its analysis Thursday, including whether any new precautions should be taken regarding the vaccine.

Clots that form in the arms, legs or elsewhere can break free and travel to the heart, brain, or lungs, causing strokes, heart attacks, or other deadly blockages.

While many countries have continued to use the vaccine, there are concerns the debate could seriously undermine confidence in the shot, which is key to efforts to vaccinate the world’s population, especially in poorer countries.

Even in Europe, where there is a choice of vaccines, it has complicated an already slow rollout at a time when infections are rising at an alarming rate again in many countries.

The head of the European Medicines Agency said this week that the drug regulator’s priority is confirming the product is safe and that it would consider a range of actions, including the addition of extra warnings to the vaccine.

“We are worried that there may be an effect on the trust of the vaccines,” Executive Director Emer Cooke said. “But our job is to make sure that the products that we authorise are safe and we can be trusted by the European citizens.”

Blood clots have been reported in at least 37 people, and at least four deaths among them have been recorded, out of the 17 million who have received at least one dose of the AstraZeneca vaccine in Europe.

Both the EMA and the World Health Organization have said that there is no evidence to suggest the vaccine was responsible and that the benefits of immunisation far outweighed the potentially small risk.

The drugmaker likewise said that it found no evidence of any increased risk of blood clots.

On Thursday, ahead of the EMA’s announcement, Britain’s drug regulatory agency said a detailed review into five rare blood clots among the 11 million people who got the AstraZeneca shot found that “a causal association with the vaccine was not established.”