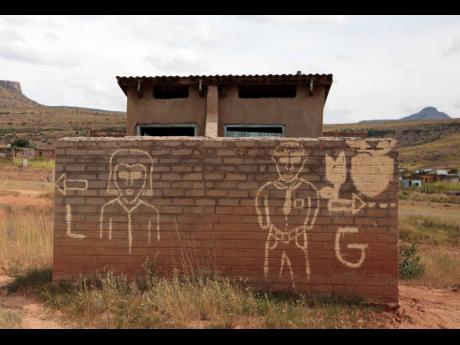 A school headmaster in South Africa has been charged with child abuse after lowering an 11-year-old student into a pit latrine to search for the official’s cellphone, according to local news reports.

The headmaster of Luthuthu Junior Secondary School in the Eastern Cape province, Lubeko Mgandela, appeared in court and was released on bail on Wednesday. He has been suspended from his job while officials investigate the incident before taking him to a disciplinary hearing. There are also calls for his educator’s licence to be withdrawn.

The incident happened early this month after Mgandela accidentally dropped his cell phone into a latrine at the school.

It is alleged that he then used a thick rope to secure the boy, who may not be identified, and lowered him into the latrine to search for the phone with his hands. The boy was unable to find the phone, and when he was pulled back up he was covered in faeces.

Fellow students made so much fun of him that the ashamed boy has not returned to school, according to his family.

He was apparently paid 50 rands ($3) for his efforts even though the headmaster had promised to pay him 200 rands ($13) if he found the phone.

The boy’s grandmother told the South African news outlet GroundUp that she is happy the matter is being investigated.

“It has been hard for my grandchild to go to school, because he has been laughed at by other pupils,” she told GroundUp.

The incident has highlighted the South African government’s failure to eradicate pit latrines at its schools, most of which are based in the country’s poor, rural areas.

At least two students have fallen into school latrines and drowned, one in 2014 and another in 2018.

President Cyril Ramaphosa was so appalled by the deaths and the substandard toilet facilities in many of South Africa’s schools that he vowed all schools would have proper toilets within two years. But today, more than 3,800 schools across the country still use pit latrines, according to official figures.