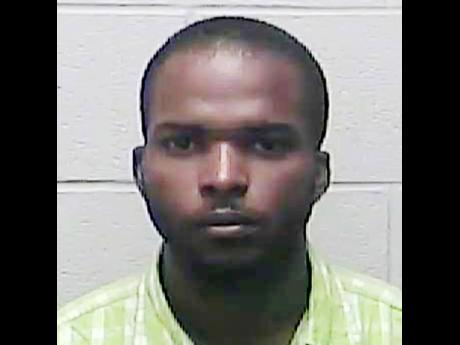 Frank Gasper doesn’t drop the names of the criminals he arrested or talk much about particular cases he broke open during his 25 years as a federal investigator.

For him, being an FBI agent was more about the victims, such as the elderly who fell prey to scammers and the young who were abused by people they should have been able to trust.

“The most rewarding thing is trying to protect those who can’t protect themselves,” Gasper said.

Gasper’s career with the FBI ended last Sunday, the day after he turned 60, but his impact will be felt for years to come. He’s investigated international cases, including a Jamaican lottery scam that bilked people across the United States out of their life savings. And many times, he fought for children who were victims of sexual and physical abuse. He went after the case of a small child who had been burned over much of his body with “special fervour”, said Brandi Sasse Russell, assistant US attorney in North Dakota.

“He has an aggressive nature and true dedication to cases,” she said. “He doesn’t shy away from anything.”

Gasper grew up in Queens, New York. He served with the US Marines and saw combat during Operation Desert Storm. He earned a law degree and worked as a prosecutor for four years before joining the FBI. Early in his career with the bureau, he investigated organised crime cases and then worked undercover for a time. He then moved to white-collar crimes, which he said he liked “because of the people you deal with”.

“The violations are more interesting, intellectually stimulating,” he said. “And the victims tend to be much different, too. I felt the victims were very vulnerable, and I was doing something good for society.”

After 14 years with the FBI in New York, Gasper and his wife, Sabina, made the decision to move to North Dakota and raise their children in a place not influenced by the East or West Coasts.

Few of the cases Gasper investigated were as high-profile as the Jamaican lottery scam. It produced 14 indictments and brought 30 people to justice, The Bismarck Tribune reported.

“It was so rewarding,” he said.

The case involved mostly elderly victims who were falsely promised big money if they first paid fees to release the winnings. Defendants in the case were ordered to pay more than US$6 million in restitution.

Edna Schmeets, of Harvey, was among the victims. She lost US$400,000 to mastermind Lavrick Willocks, who investigators learned was living in and doing business from a mansion in Montego Bay, Jamaica, and was busted in what authorities called Operation Hard Copy, a reference to lists of prospective victims’ contact information used by scammers.

By the time Gasper met Schmeets, “she felt used, and lost faith in humanity”, he said. He told her everyone involved with scamming her would be prosecuted – a promise he was able to keep.

“He’s a really good guy and does his job well,” said Schmeets, now 91.

Jeff Schmeets, Edna’s son, said he was “very impressed with Frank from the very beginning”.

“He followed Mom’s money right to the mansion in Jamaica,” Jeff Schmeets said.

The bulk of the suspects in Schmeets’ case accepted plea deals with the US government under which they got much shorter prison sentences and were ordered to pay restitution. Willocks, who pleaded guilty in July 2017, was the exception at sentencing because authorities said he was the ringleader. He got six years in prison and a restitution order for US$1.5 million.

Edna Schmeets is one of several scam victims that Gasper talks to on a regular basis, and it’s something he said he’ll miss in retirement.

“I feel responsible for them,” he said. “There won’t be anybody there to help or just to be a friend.”

Gasper’s efforts in going after restitution – in the lottery case and others – was “something you don’t always see”, said Assistant US Attorney Jon O’Konek.

In many white-collar crimes, the stolen money is gone by the time the defendant is prosecuted. Gasper was known to take trips to locate property that could be used to compensate victims for their losses, according to O’Konek.

“He has an appreciation for [restitution] that I’ve not seen in anyone else,” the prosecutor said.

Gasper worked and formed relationships with local police, state and federal law enforcement, the US Postal Service and the Internal Revenue Service. He worked many cases in Indian Country, too.

“I can’t say enough about the BIA in those cases,” Gasper said, referring to the Bureau of Indian Affairs. He added that in all cases “it’s a team. You’re not an individual.”

Sasse Russell and O’Konek both lauded Gasper’s attention to detail and careful preparation of cases. Sasse Russell worked on dozens of cases with Gasper, all of which were settled before they went to trial.

“When it comes to us and it’s been investigated thoroughly, that helps immensely,” she said.

Gasper stays in touch with several other people he met during his career, too, and not all of them are victims. A man he prosecuted in a New York bank fraud case has reached out to him every holiday season for 15 years.

“He’s disappointed that he got involved but thankful for what I did for him,” Gasper said. “He realised what he did was wrong.”

Gasper in retirement – mandated by the FBI at age 60 – wants to umpire baseball games and plans to open his own private investigation firm, which he’ll operate in Illinois and North Dakota. He’ll spend time travelling, too. Two of his children are at the US Naval Academy in Annapolis, Maryland; one is at the US Military Academy in West Point, New York; and the fourth is studying in Scotland at the University of Aberdeen. He and his wife split their time between North Dakota and Chicago, where she is employed.