UN report: Too much prejudice against old and young in world 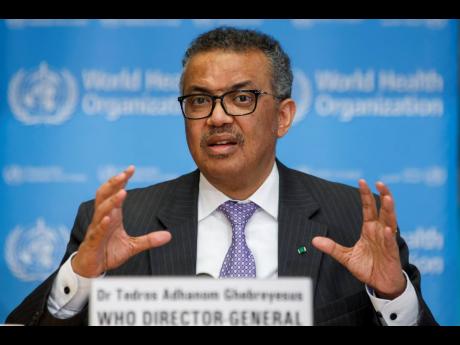 Prejudice and discrimination based on age is widespread around the world, affecting millions of older and younger people trying to work and get health care, denying their human rights and costing society billions of dollars, a UN report said last Thursday.

“Its main message is that we can and must prevent ageism and that even small shifts in how we think, feel and act towards age and ageing will reap benefits for individuals and societies,” the heads of the UN health, human rights, economic and social affairs and population bodies said in a preface to the report.

The Global Report on Ageism cites a survey published last year of 83,034 people in 57 countries that found half the people held “moderately or highly ageist attitudes”.

Characteristics significantly associated with those having high ageist attitudes were younger age, male gender and lower level of education, according to the survey by researchers from the World Health Organization, Oxford University and University of Southern California published by Swiss-based MDPI.

“Ageism towards younger and older people is prevalent, unrecognised, unchallenged and has far-reaching consequences for our economies and societies,” said Maria-Francesca Spatolisano, assistant secretary-general in the Department of Economic and Social Affairs.

The 202-page report says the response to the COVID-19 pandemic has revealed just how widespread ageism is – older and younger people have been stereotyped in public discourse and on social media, and in some cases age has been used as the sole criterion for access to medical care and lifesaving therapies and for physical isolation.

“As countries seek to recover from the pandemic, people of all ages will continue to face different forms of ageism,” the heads of the four UN bodies warned. “Younger workers may be even less likely to get jobs. Older workers may become a target for workforce reduction. Triage in health care based solely on age will limit older people’s right to health.”

According to the report, healthcare rationing based solely on age is widespread. It cited a review in 2020 showing that in 85 per cent of 149 studies, age determined who received certain medical procedures or treatments.

The report said both older and younger adults are often disadvantaged in the workplace and access to specialised training and education decline significantly with age.

Younger people also face discrimination in employment, health, housing and politics where their voices are often denied or dismissed, it said.