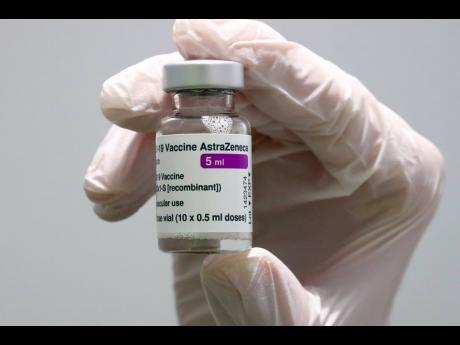 AP
In this Monday, March 22, 2021 file photo, medical staff prepares an AstraZeneca coronavirus vaccine during preparations at the vaccine centre in Ebersberg near Munich, Germany.

AstraZeneca’s repeated missteps in reporting vaccine data coupled with a blood clot scare could do lasting damage to the credibility of a shot that is the linchpin in the global strategy to stop the coronavirus pandemic, potentially even undermining vaccine confidence more broadly, experts say.

The latest stumble for the vaccine came Tuesday, when American officials issued an unusual statement expressing concern that AstraZeneca had included “outdated information” when it reported encouraging results from a US trial a day earlier. That may have provided “an incomplete view of the efficacy data”, according to the statement.

AstraZeneca responded that the results, which showed its shot was about 79 per cent effective, included information through February 17 but appeared to be consistent with more up-to-date data. It promised an update within 48 hours.

“I doubt it was (US officials’) intention to deliberately undermine trust in the AstraZeneca vaccine,” said Dr Paul Hunter, a professor of medicine at the University of East Anglia. “But this will likely cause more vaccine hesitancy.”

Even if the damage is limited to AstraZeneca itself, it would have far-reaching effects since the shot is cheaper and easier to store than many of its rivals’ and thus is expected to be widely used in the developing world. International health agencies have repeatedly said the vaccine is safe and effective, but it’s not the first time the company has run into problems with public trust.

Partial results from its first major trial – which Britain used to authorise the vaccine – were clouded by a manufacturing mistake that researchers didn’t immediately acknowledge. Insufficient data about how well the vaccine protected older people led some countries to initially restrict its use to younger populations before reversing course. US officials suspended an AstraZeneca study for an unusual six weeks while they sought details about problems reported in Britain before deciding the vaccine wasn’t to blame. Meanwhile, the European Union has complained about delays in vaccine deliveries from the company.