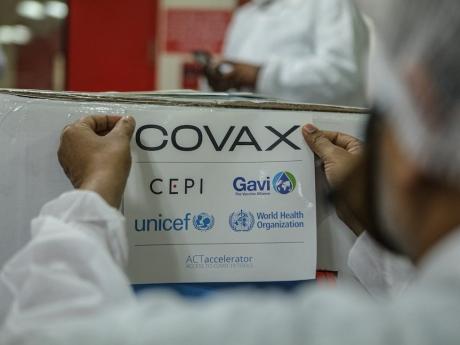 UNICEF, which has a key role in deploying the COVAX vaccines, says supply schedules to the 60 countries that have received doses are affected by the delays from the Indian company.

GENEVA (AP) — A leader of the World Health Organization-backed programme to ship COVID-19 vaccines to needy people in low and middle-income countries expressed disappointment on Friday about supply delays from a key Indian manufacturer, but says he hopes the United States can begin sharing shots soon.

Dr Seth Berkley, the CEO of Gavi, the Vaccine Alliance, said doses for healthcare workers and other high-risk groups in such countries to be delivered through the COVAX programme will be set back weeks.

He was elaborating on an announcement a day earlier from Gavi and its partners that as many as 90 million doses of the AstraZeneca vaccine made by the Serum Institute of India will be delayed through the end of April as India’s government grapples with a spike in infections. We are disappointed,” Berkley told The Associated Press.

He said talks continued with India’s government and the SII “with the hope that we can get some of those doses freed up and be able to then move back into full-swing scale-up later, in perhaps May.”

“We had hoped to reach all health care workers and high-risk groups by the end of March,” Berkley said.

Production from a South Korean company that is also producing the AstraZeneca vaccine, SK Bioscience, is “moving a little slower than we originally expected” due largely “to the fact that the supply chain is new,” Berkley said.

COVAX has shipped some 31 million doses to roughly 60 countries in recent weeks and had previously announced plans to ship 237 million AstraZeneca doses by the end of May, part of plans to deploy some 2 billion COVID-19 vaccines worldwide this year.

But vaccine supply concerns have weighed in particularly on hard-hit countries like those in the European Union and in India in recent weeks, causing a surge in so-called vaccine nationalism in some places.

UNICEF, which has a key role in deploying the COVAX vaccines, says supply schedules to the 60 countries that have received doses are affected by the delays from the Indian company.

The US is among some wealthy countries that have snatched up more doses than needed by its population and America set to have enough vaccines for its entire population by the end of July.

The Biden administration has announced plans to share doses.

Separately Friday, the head of the WHO pleaded with rich countries to donate at least 10 million coronavirus vaccines immediately, so the UN health agency can reach its goal of starting immunisation in all countries within the first 100 days of 2021.

Director-General Tedros Adhanom Ghebreyesus of the WHO, which runs COVAX with Gavi and the Coalition for Epidemic Preparedness Innovations, said supply problems mean some 20 countries are still awaiting their first doses of COVID-19 vaccines through the programme.

“I’m asking countries with doses of vaccine that have WHO emergency use listing to donate as many doses as they can to help us,” Tedros said while calling on manufacturers to scale up their production.