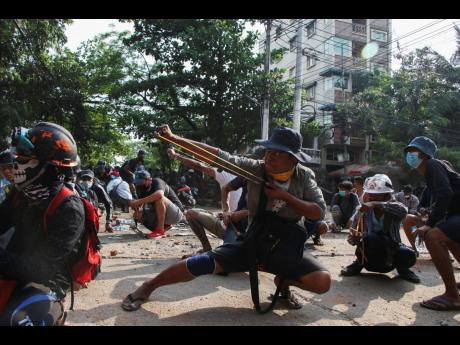 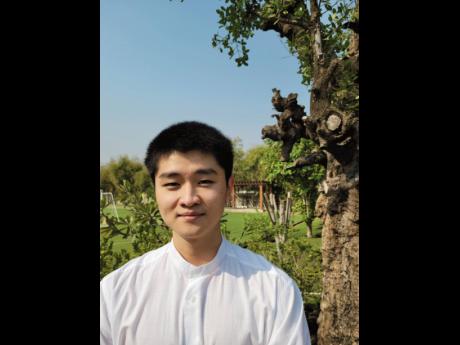 Countries that experience crises of democracy are not new within the Caribbean region. Even now protests rage on within Haiti due to allegations of authoritarianism and corruption from President Jovenel Moïse. Currently, Myanmar is another nation whose democracy is experiencing death throes. On February 1, 2021, Myanmar’s military executed a coup that overthrew the democratically elected government. These actions sparked weeks of protests led by young activists throughout the country.

Yet, on the night of January 31, it was deathly still in Mandalay, Myanmar’s second city, as a growing shadow loomed over the country. At the edge of the city, Kaung Myat Thu, known by his family as Simon, looked anxiously through his window. “I remember before bed, I came across a clip saying that the Burmese military has been alleging that last year’s elections were rigged by the incumbent National League for Democracy. There were journalists that interviewed the generals asking whether they would rule out the possibility of a coup. They did not,” he recalled.

After seeing this, feelings of dread lingered on throughout the night. “The next day I woke up, it was early in the morning. For some reason, I could not go on the Internet and the TV did not work. I was telling myself that there was nothing that happened, it was just a regular Internet malfunction,” Simon said. Eventually, those fateful words that announced the coup were broadcasted from the radio. This news weighed heavily on Simon as he wondered how could subversion come like a whisper in the night.

Myanmar’s constitution gives the military the power to unilaterally declare an emergency. In this case, the military justified their actions as an attempt to address voter fraud. However, to the public, the coup was a clear power grab designed to prevent the swearing-in of officials. At the helm of this takeover was the diminutive, steely-eyed army general, Min Aung Laing. To Simon’s mother, “This coup is a display of his moral decay,” she said with contempt. “The military is struggling for power, and their desire for power takes absolute precedent over the welfare of the people.”

Previously, the military pledged to uphold democracy, now they subverted it. Despite being in southeast Asia, parallels can be drawn to leaders within the Caribbean. For instance, politicians from both Haiti and Venezuela have consistently pledged to support democracy despite taking steps to undermine its institutions. Across Myanmar, many citizens hold this view as tales of atrocities have been etched into the national psyche.

So, it is natural, Simon revealed, for people to be filled with resentment, sadness and frustration which has now morphed into various forms of resistance. He explained, “At the start of the coup, there was not a lot of reaction because people were very confused. By the second day, there was this form of protest where people stayed at home and every single family would bang on their pots each night. It is still going on, every night at 8 o’clock. It is a kind of tradition to keep the evil away from the family. In this case, the evil would be the military leaders.” He pauses, as the sound of banging pots echoed in the distance.

By February 3, pots banging evolved into sporadic protests across the country with marching, singing and chanting. In response, the military turned off the Wi-Fi and blocked social media sites to disrupt the protests organisers. Yet, anger continued to roil and boil.

Currently, there is a unison of collective discontent with the military which has impacted all facets of life. He relayed that, “On the 22 of February, there was a general strike where people from all sectors of the society came out to protest. All the government workers are on strike and no banks are open.” In fact, the central bank has now limited withdrawals to US$354 per day.

“This is concerning because a lot of people earn their wage by the day. They do not work for a monthly salary so if this goes on for the long term it would not be sustainable because people will starve,” Simon added. Additionally, concerns exist surrounding the coronavirus because testing has ceased due to the continued strikes.

To Simon, no clear solution exists, although, releasing politicians like Aung San Suu Kyi is an important first step. “Aung San Suu Kyi is seen as a mother of the nation. We call her May Su, which means Mother Su in Burmese. I think the fact that hope is still on her is right because there is no other person that can take on the task at the moment.”