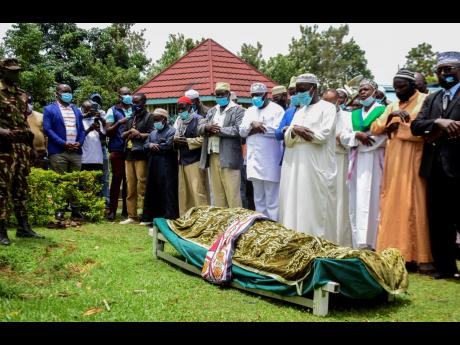 AP
Mourners pray over the body of Sarah Obama, step-grandmother of President Barack Obama, at her burial in her home village of Kogelo, in western Kenya yesterday. 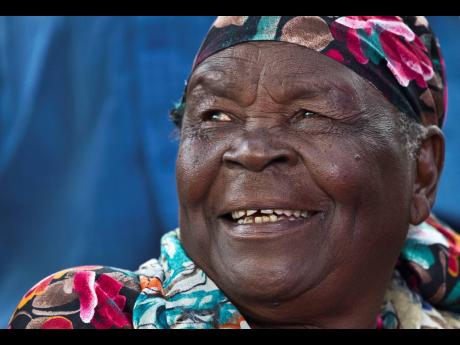 Sarah Obama, the matriarch of former US President Barack Obama’s Kenyan relatives, was buried on Tuesday at a funeral in western Kenya with only about 100 mourners in attendance due to COVID-19 pandemic restrictions.

Mama Sarah, as Obama’s step-grandmother was fondly called, was at least 99 years old when she died early Monday while undergoing treatment at a hospital. President Obama did not attend Tuesday’s burial but eulogised her in a statement on Monday.

“Although not his birth mother, Granny would raise my father as her own, and it was in part thanks to her love and encouragement that he was able to defy the odds and do well enough in school to get a scholarship to attend an American university,” the former president wrote.

“When I first travelled to Kenya to learn more about my heritage and father, who had passed away by then, it was Granny who served as a bridge to the past, and it was her stories that helped fill a void in my heart,” he added.

In his memoir, Dreams from My Father, Obama described meeting her during his 1988 trip to his father’s homeland and the initial awkwardness that developed into a warm bond. She attended his first inauguration as president in 2009 and Obama spoke of her in his September 2014 speech to the UN General Assembly.

For decades, Sarah Obama helped orphans, raising some in her home and providing others with school supplies, uniforms, and school fees.

The village of Nyangoma Kogelo was under heavy security during the burial on Tuesday, preventing thousands of her admirers from attending because of the pandemic.

“Mama Sarah built me a four-roomed house in 2000 when my home was crumbling because my husband who was the breadwinner had died and I was sleeping in the rain,” said Mary Auma Odima.

“Today, I was unable to attend her burial because only few people were allowed in as they observed COVID-19 protocols. I feel so very sad,” she added.