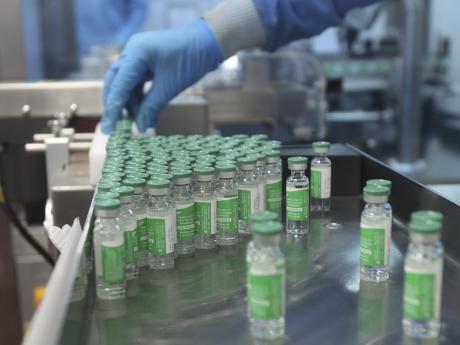 An employee works inside a laboratory at the Serum Institute of India, the world's largest vaccine maker, in Pune, India, Thursday, January 21, 2021. (AP Photo/Rafiq Maqbool)

NEW DELHI — The world’s largest vaccine maker, based in India, will restart exports of AstraZeneca doses by June if coronavirus infections subside in the country, its chief executive says.

But a continued surge could result in more delays because the Serum Institute of India would have to meet domestic needs, Adar Poonawalla said in an interview with The Associated Press.

The company is a key supplier for the World Health Organization-backed COVAX programme that aims to distribute vaccines equitably in the world.

COVAX says a surge in infections in India has caused the Serum Institute of India to cater to domestic demand, resulting in a delay in global shipments of up to 90 million doses.

The government has intensified its vaccination drive in recent weeks, but the shots have been slow to reach the nation of nearly 1.4 billion people.

Deaths rose by 446, increasing the total to 165,547 confirmed deaths since the start of the pandemic.

India reported 12.7 million total cases, the highest after the United States and Brazil.