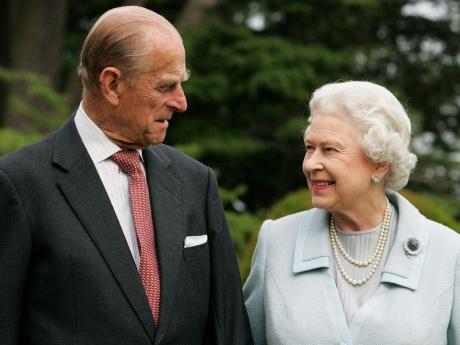 In private, Philip called his wife Lilibet; but he referred to her in conversation with others as “The Queen.”

LONDON (AP) —
Prince Philip, the husband of Queen Elizabeth II who spent more than seven decades supporting his wife in a role that both defined and constricted his life, has died, Buckingham Palace said Friday.

Philip spent a month in hospital earlier this year before being released on March 16 to return to Windsor Castle.

His life spanned nearly a century of European history, starting with his birth as a member of the Greek royal family and ending as Britain’s longest serving consort during a turbulent reign in which the thousand-year-old monarchy was forced to reinvent itself for the 21st century.

He was known for his occasionally racist and sexist remarks — and for gamely fulfilling more than 20,000 royal engagements to boost British interests at home and abroad.

He headed hundreds of charities, founded programs that helped British schoolchildren participate in challenging outdoor adventures, and played a prominent part in raising his four children, including his eldest son, Prince Charles, the heir to the throne.

“It is with deep sorrow that Her Majesty The Queen has announced the death of her beloved husband, His Royal Highness The Prince Philip, Duke of Edinburgh,” the palace said.

“His Royal Highness passed away peacefully this morning at Windsor Castle.”

Philip saw his sole role as providing support for his wife, who began her reign as Britain retreated from empire and steered the monarchy through decades of declining social deference and U.K. power into a modern world where people demand intimacy from their icons.

In the 1970s, Michael Parker, an old navy friend and former private secretary of the prince, said of him: “He told me the first day he offered me my job, that his job — first, second and last — was never to let her down.”

Speaking outside 10 Downing Street, Prime Minister Boris Johnson noted the support Philip provided to the queen, saying he “helped to steer the royal family and the monarchy so that it remains an institution indisputably vital to the balance and happiness of our national life.”

The queen, a very private person not given to extravagant displays of affection, once called him “her rock” in public.

In private, Philip called his wife Lilibet; but he referred to her in conversation with others as “The Queen.”

Over the decades, Philip’s image changed from that of handsome, dashing athlete to arrogant and insensitive curmudgeon.

In his later years, the image finally settled into that of droll and philosophical observer of the times, an elderly, craggy-faced man who maintained his military bearing despite ailments.

Philip’s position was a challenging one — there is no official role for the husband of a sovereign queen — and his life was marked by extraordinary contradictions between his public and private duties.

He always walked three paces behind his wife in public, in a show of deference to the monarch, but he was the head of the family in private.

Having given up a promising naval career to become consort when Elizabeth became queen at age 25, Philip was not content to stay on the sidelines and enjoy a life of ease and wealth.

He promoted British industry and science, espoused environmental preservation long before it became fashionable, and travelled widely and frequently in support of his many charities.

Born June 10, 1921, on the dining room table at his parents’ home on the Greek island of Corfu, Philip was the fifth child and only son of Prince Andrew, younger brother of the king of Greece.

His grandfather had come from Denmark during the 1860s to be adopted by Greece as the country’s monarch.

Philip’s mother was Princess Alice of Battenberg, a descendant of German princes.

Like his future wife, Elizabeth, Philip was also a great-great-grandchild of Queen Victoria.

Philip went to school in Britain and entered Britannia Royal Naval College Dartmouth as a cadet in 1939.

He got his first posting in 1940 but was not allowed near the main war zone because he was a foreign prince of a neutral nation.

On leave in Britain, he visited his royal cousins, and, by the end of war, it was clear he was courting Princess Elizabeth, eldest child and heir of King George VI.

After an initial flurry of disapproval that Elizabeth was marrying a foreigner, Philip’s athletic skills, good looks and straight talk lent a distinct glamour to the royal family.

Elizabeth beamed in his presence, and they had a son and daughter while she was still free of the obligations of serving as monarch.

Philip had to give up his naval career, and his subservient status was formally sealed at the coronation, when he knelt before his wife and pledged to become “her liege man of life and limb, and of earthly worship.”

He announced in May 2017 that he planned to step back from royal duties, and he stopped scheduling new commitments — after roughly 22,000 royal engagements since his wife’s coronation. In 2019, he gave up his driver’s license after a serious car crash.

Philip is survived by the queen and their four children — Prince Charles, Princess Anne, Prince Andrew and Prince Edward — as well as eight grandchildren and 10 great-grandchildren.

The great-grandchildren are William and Kate’s children, Prince George, Princess Charlotte and Prince Louis; Harry and Meghan’s son, Archie; Savannah and Isla, the daughters of Peter Phillips and his wife, Autumn; Mia, Lena and Lucas, the children of Zara Phillips and her husband, Mike Tindall; and Eugenie’s son, August, with her husband, Jack Brooksbank.