All schools in Ontario to shut, going online 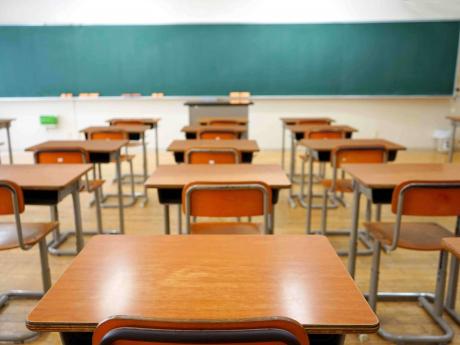 Premier Doug Ford said his government is moving to online-only after the April break this week. Schools in Canada’s largest city of Toronto were already shut since last Wednesday.

TORONTO (AP) — All schools in Canada’s most populous province will be shut down and move to online learning because of a record number of coronavirus infections fuelled by more-contagious virus variants, Ontario’s premier announced Monday.

Premier Doug Ford said his government is moving to online-only after the April break this week.

Schools in Canada’s largest city of Toronto were already shut since last Wednesday.

Now it will be province-wide.

Toronto and the neighbouring Peel region made the decision last week after the province declined to act.

Ontario is now seeing more than 4,000 new infections a day in recent days, including 4,401 on Monday, and record intensive care numbers.

Spring break began Monday after the province postponed it in March to discourage travel during the pandemic.

“Bringing our kids back to a congregate setting in schools after a week off in the community is a risk I won’t take,” Ford said.

Education Minister Stephen Lecce said the government will rely on the advice of the chief medical officer of health of Ontario to determine when schools will resume for in-class learning.

Ford has been criticised by health officials for not doing more to get infections under control after months of warnings.

“I can’t stress this enough. We are at a critical point right now. Many of the health indicators continue to surpass the worse case scenario,” Ford said.

Vaccinations have ramped up in Canada in recent weeks and all adults who want a vaccine are expected to get at least one dose by July.

Canada has lagged in vaccinations because, like many other countries, it lacks the ability to manufacture vaccines and has had to rely on the global supply chain.

While hope is on the way with more than 45 million doses expected to be available by July for the nation of 38 million people, cases in Canada are surging.

“When the Hospital for Sick Children is providing ICU care for adults you know you are living in one of the worst periods of the pandemic,” said Dr Eileen de Villa, the medical officer of health for the City of Toronto.