Who is the premier?

Confusion as to who will form the new government 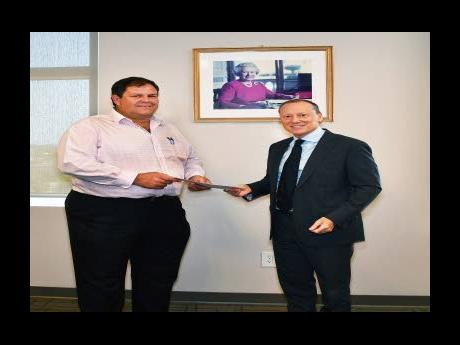 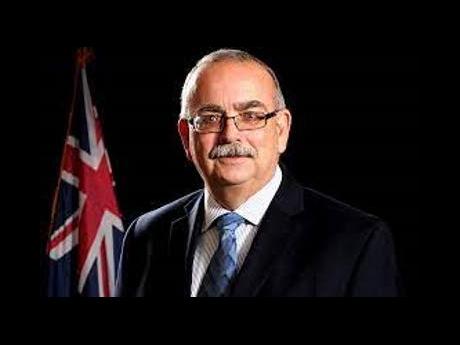 Parliament is due to hold its first sitting on Wednesday next week following this week’s legislative elections, but there remains confusion as to who will head a new government in this British overseas territory.

Former finance minister and leader of the Progressives, Roy McTaggart, said he was “overjoyed” with the result and confident of forming a coalition government.

“All of the incumbent Progressives candidates were elected quite resoundingly,” he said following the results, adding “the country were clearly happy with the Progressives and the government we have led”.

But a statement issued by Wayne Panton, on which he said he had met with the Governor Martyn Roper, noted that he has the support of at least 10 of the 19 members elected to the new parliament.

Panton presented to the governor his letter confirming that he has the support of the majority of the elected candidates who were successful in Wednesday’s General Election to Parliament and that he intends to form the new government, the statement said, noting that the new alliance had already decided on the composition of the new government.

But in a statement late Thursday night, McTaggart said the Progressives had secured eight seats in the elections and “we had arrangements with Isaac Rankine and Jay Ebanks for them to help to form the Government when they won.

“We recognise that North Side and East End have not been in Government for 12 long years and so we have offered a cabinet seat to Mr Rankine. In addition, we also offered Ms Sabrina Turner a cabinet seat”.

McTaggart said that it is his belief “and remains my belief, that by re-electing all of the current ministers, along with two of our parliamentary secretaries, that the country has voted for continuity of Government.

“It appears that despite our efforts at outreach to those we wish to bring into government, that Mr Wayne Panton has met with the governor and provided him with a letter signed overnight by 10 independent members claiming to have formed the Government.”

But the former finance minister said that on Thursday “we have been in discussions with several of the independents or their agents and those discussions continue.

“We hope these discussions will bear fruit and produce an experienced and competent government capable of continuing to manage the complex issues confronting these islands. We will make a further announcement as soon as there are other developments,” he added.

Panton has asked the governor to convene the Parliament next Wednesday “to swear in members and formally elect the premier under Section 49(3) of the Cayman Islands Constitution.

“The elections are over, the people have spoken, and it is time to get on with the business of making people’s lives better. I am delighted, impressed, and inspired by the level of maturity shown by the elected independent members to put aside political differences that arose on the campaign to work in the best interest of our islands,” he said.

He has promised that “the government that I am humbled to lead will be people driven, accountable, competent and transparent (PACT). We are all humbled by the electorate’s trust and recognise that we have much work to do and are ready and willing to work on your behalf.

“I am tremendously proud that the 10 independent candidates have joined together, in a decisive and cohesive fashion, to commence the process of forming a new government.

“Although PACT has the majority and are committed to that as a government, we will demonstrate to the country a refreshing and new approach by being open to other elected members joining in order to carry out the wishes of the electorate to form an inclusive coalition to work in the best overall interests of the country,” he added.

The Electoral Office said that voters on Wednesday re-elected 12 incumbents and seven newcomers, including three women to the 19-seat Legislative Assembly.

It said the polls were the first time voters chose who they would like to represent them in Parliament since it changed in 2019 from the Legislative Assembly.

Candidates contested the 19 seats, as defined by 2015 Electoral Boundary Commission’s report. In 2017, the Cayman Islands held the first elections in more than 50 years under the one man, one vote system.

Of the elected members of the Legislative Assembly (MLAs), seven are chosen to serve as government ministers in a cabinet headed by thegovernor, who also appoints the premier.

Outgoing Premier Alden McLaughlin has indicated he was not interested in heading a new government.

He said he was happy to step down as premier, acknowledging that it had been a tough last year amid the challenges of the COVID-19 pandemic.