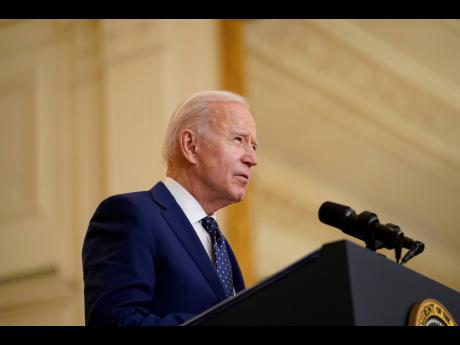 More than a dozen Senate Democrats sent a letter to US President Joe Biden on Friday complaining of a woeful environmental track record by his Brazilian counterpart, Jair Bolsonaro, and urging him to condition any support for Amazon preservation on significant progress reducing deforestation.

The letter was signed by senators including Patrick Leahy, chairman of the Appropriations Committee, and Bob Menendez, chairman of the Foreign Relations Committee. It comes just days before Biden is expected to meet with Bolsonaro and other foreign leaders at a US-organised climate summit that was a major plank of his campaign pledge to more aggressively fight climate change.

The letter seems aimed at curtailing a fledgling bid by Bolsonaro, a far-right climate sceptic who was a staunch ally of former President Donald Trump, to refashion himself as a willing partner of Biden on the environment in the hopes of securing billions of dollars in foreign aid to promote sustainable development in the Amazon.

The senators warn that failure to slow deforestation will also affect their willingness to support Brazil’s bid to join the Paris-based Organization for Economic Cooperation and Development – a long-sought goal of Bolsonaro.

The 15 senators, who also include former presidential candidates Bernie Sanders and Elizabeth Warren, said they support cooperation on the Amazon between the US and Brazilian governments, but questioned Bolsonaro’s credibility.

A US-Brazil partnership “can only be possible if the Bolsonaro administration begins to take Brazil’s climate commitments seriously – and only if it protects, supports, and engages meaningfully with the many Brazilians who can help the country fulfil them”, the lawmakers add.