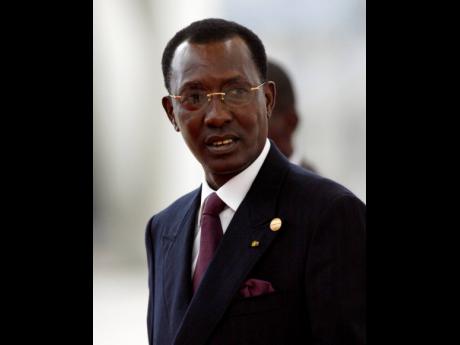 Chad’s president of three decades died of wounds suffered during a visit to frontline troops battling a shadowy rebel group, the military announced on Tuesday, as the insurgents vowed to take the capital in what could become a violent battle for control of the oil-rich Central African nation.

The military quickly named President Idriss Deby Itno’s son as the country’s interim leader, capping a series of stunning announcements that came just hours after the 68-year-old Deby had been declared winner of an election that would have given him another six years in power.

“Chad is not a monarchy. There can be no dynastic devolution of power in our country,” the rebels said in a statement late on Tuesday, vowing to press their fight for the capital. “The forces of the Front for Change and Concord are heading towards N’Djaména at this very moment. With confidence, but above all with courage and determination.”

The circumstances of Deby’s death remained murky and some observers immediately questioned the events leading up to Tuesday’s announcement, raising the question of whether the military handing over power to Deby’s son, instead of following the constitutional provisions in place, amounted to a coup. Others raised fears of violence in the days to come.

“There is a great deal of uncertainty around how events in Chad will unfold: whether the army will stay loyal to Deby’s son and continue the effort to repel the advancing rebels,” said Cameron Hudson with the Africa Center at the Atlantic Council.

Chadians, fed up after 30 years of Deby’s rule, could also align with the calls for change, he said.