What does Japan’s virus state of emergency mean? 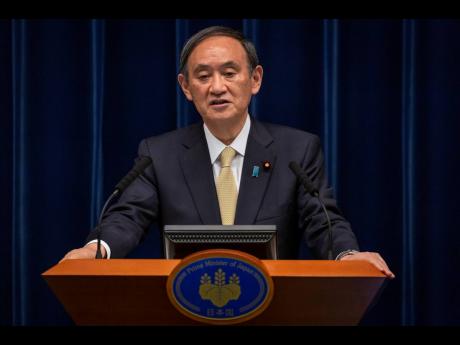 AP
Japanese Prime Minister Yoshihide Suga speaks during a press conference on Friday, April 23, in Tokyo, Japan. Japan has issued a third state of emergency for Tokyo and three western prefectures to curb a surge in the coronavirus just three months ahead of the Olympics. 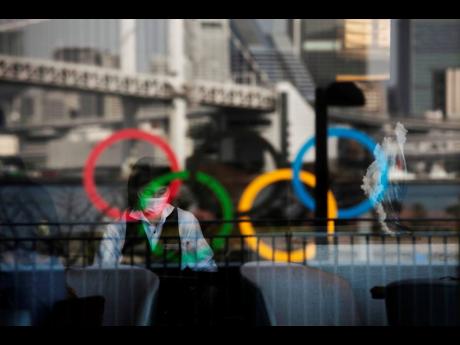 AP
In this February 24, 2020, photo, the Olympics rings are reflected on the window of a hotel restaurant as a server with a mask sets up a table, in the Odaiba section of Tokyo.
1
2

Japan on Friday declared a state of emergency to curb a rapid coronavirus resurgence, the third since the pandemic began. The measures in parts of Japan, including Tokyo, have so far failed to curb infections caused by a more contagious new variant of the virus.

Here’s a look at how the state of emergency differs from previous ones, what measures are included, and whether Japan can control infections before the Tokyo Olympics in July.

HOW BAD IS JAPAN’S SITUATION?

Japan, with about 550,000 cases and fewer than 10,000 deaths, is better off than much of the world, though not so good when compared with other places in Asia. It has not imposed any hard lockdowns. Infections briefly dipped in March, but have since risen above five times to exceed 5,000 last Wednesday. Experts have warned that a new variant of the virus, detected earlier in Britain, is rapidly spreading among younger people in offices and classrooms, causing more serious cases, overburdening hospitals and disrupting regular medical care. Testing remains insufficient despite calls for increased testing for new variants at elderly homes and for the young.

The latest state of emergency covers Tokyo and the western metropolises of Osaka, Kyoto and Hyogo, home to about a quarter of Japan’s population of 126 million. The 17-day emergency begins Sunday and lasts until May 11, just after the end of Japan’s ‘golden week’ holidays, to discourage travelling. The scheduled end, ahead of an expected visit to Japan of International Olympic Committee President Thomas Bach in mid-May, has led to criticism that the government is putting the Olympic schedule over people’s health.

WHAT CAN A STATE OF EMERGENCY DO?

Emergency measures were toughened under a law revised in February, and the state of emergency now allows prefectural governors in the areas to issue binding orders for businesses to shorten hours or close in exchange for daily compensation of up to 200,000 yen (US$1,850), while imposing fines of up to 300,000 yen (US$2,780) for violators.

WHAT WILL CHANGE FROM EARLIER MEASURES?

Department stores, malls, theme parks, bars and restaurants serving alcohol, as well as theatres and museums, will close. Restaurants that do not serve alcohol and public transportation services are asked to finish early. Groceries and schools will stay open, but universities are asked to return to online classes. The third emergency is similar to the first one a year ago and tougher than a second one in January that was limited to 8 p.m. closure requests for bars and restaurants.

WILL THE PUBLIC COMPLY?

Residents are asked to avoid non-essential outings, work from home and stick to mask-wearing and other safety measures, but those are non-mandatory requests. Experts worry whether the requests will be followed as many people are increasingly fatigued by restraints and less cooperative, and they have largely ignored ongoing social distancing requests in Tokyo, Osaka and other areas since earlier this month.

HOW DOES THE EMERGENCY AFFECT THE OLYMPICS?

Tokyo Olympic organizers and the government have repeated their determination to hold the July 23 to August 8 Games, while a majority of the public support their cancellation or further postponement. The surge in cases has caused a re-routing of the Olympic torch relay after its March 25 start in Fukushima. Suga on Friday said Japan has no choice but to follow the International Olympic Committee (IOC) decision to hold the Games and that Japan will do its utmost to ensure safety. “The IOC has the authority to decide and the IOC has already decided to hold the Tokyo Olympics,” he said.

WHAT ABOUT JAPAN’S VACCINATIONS?

Japan’s inoculation campaign lags behind many countries, with imported vaccines in short supply. Japan’s attempts to develop its own vaccines are still in the early stages. Inoculations started in mid-February and have covered only about 1 per cent of the Japanese people. The rapid rise of the new patients in hospitals has raised worry of further staff shortages and a slowdown of vaccinations. Some top officials have mentioned the Games being held without audiences, or cancelled in worst-case scenarios. Organizers have postponed a decision on what to do with fans until June.