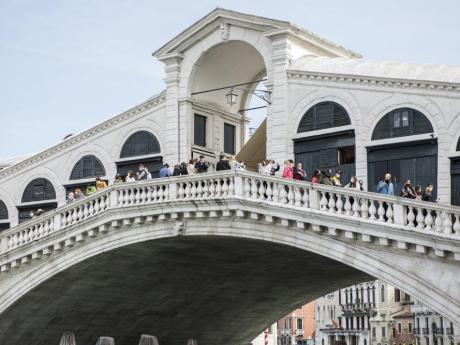 BRUSSELS (AP) — In an announcement sure to be welcomed by travellers worldwide, EU officials on Monday proposed easing restrictions on visiting the 27-nation bloc as vaccination campaigns across the continent gather speed.

Travel to the European Union is currently extremely limited except for a handful of countries with low infection rates.

But with the summer tourist season looming, the bloc's European Commission hopes the new recommendations will dramatically expand that list.

The commission hopes the move will soon allow travellers to reunite with their friends and relatives living in Europe and support the bloc's economy this summer.

“We propose to welcome again vaccinated visitors and those from countries with a good health situation.”

Under the commission's proposal, entry would be granted to all those fully vaccinated with EU-authorised shots.

The EMA has not approved any vaccines from Russia or China as of yet but is looking at data for Russia's Sputnik V jab.

EU nations could also individually decide to accept travellers immunised with vaccines listed by WHO for emergency use.

The UN health agency has approved the same four vaccines as the EMA, and is expected to make a ruling soon on China's Sinopharm vaccine.

EU officials believe the bloc's COVID-19 vaccination campaigns will soon be “a game-changer” in the fight against the deadly virus.

Its proposal will be discussed with EU ambassadors this week and the commission hopes it could start by June, once it is adopted by member states.

Still, the recommendation is non-binding and EU countries will be entitled to keep travel restrictions in place if they want.