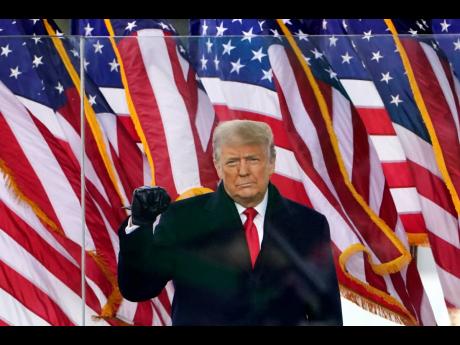 Four months after Facebook suspended Trump’s accounts, having concluded that he incited violence leading to the deadly January 6 Capitol riot, the company’s quasi-independent oversight board upheld the bans. But it told Facebook to specify how long they would last, saying that its “indefinite” ban on the former president was unreasonable. The ruling, which gives Facebook six months to comply, effectively postpones any possible Trump reinstatement and puts the onus for that decision squarely back on the company.

That could leave Facebook in the worst of all possible worlds – one in which Trump’s supporters remain enraged over the bans, his critics pushing for broader social-media regulation and the company stuck with a momentous issue it clearly hoped the oversight board would resolve.

The decision only “kicks the can down the road”, said Jonathan Greenblatt, the head of the Anti-Defamation League, who said it highlighted the need for greater government oversight of social platforms.

The board ruled that Facebook was correct to suspend Trump’s account four months ago. But it said the company erred by applying a vague penalty and then passing the question of whether to ban Trump permanently to the board.

‘WE ARE NOT COPS’

“Indefinite penalties of this sort do not pass the international smell test,” oversight board co-chair Michael McConnell said in a conference call with reporters. “We are not cops, reigning over the realm of social media.”

In a statement, Trump did not address the decision directly, but said that actions by Facebook, Twitter, and Google are “a total disgrace and an embarrassment to our country”. He added: “These corrupt social media companies must pay a political price.”

“We love you. You’re very special,” Trump said to the rioters in the first post. In the second, he called them “great patriots” and told them to “remember this day forever”.