Experts say cyberattack on US pipeline a wake-up call 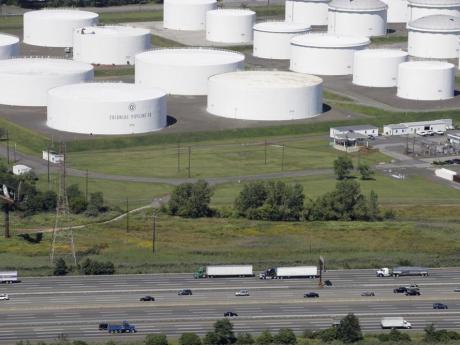 In this September 8, 2008 file photo traffic on I-95 passes oil storage tanks owned by the Colonial Pipeline Company in Linden, New Jersey. A major pipeline that transports fuels along the East Coast says it had to stop operations because it was the victim of a cyberattack. Colonial Pipeline said in a statement late Friday that it “took certain systems offline to contain the threat, which has temporarily halted all pipeline operations and affected some of our IT systems.” (AP Photo/Mark Lennihan, File)

NEW YORK (AP) — The shutdown of a vital United States pipeline because of a ransomware attack stretched into a third day Sunday, with the Biden administration saying an “all-hands-on-deck” effort is underway to restore operations and avoid disruptions in gasoline supply.

Experts said that gas prices are unlikely to be affected if normal operations resume in the next few days but that the incident — the worst cyberattack to date on critical US infrastructure — should serve as a wake-up call to companies about the vulnerabilities they face.

The pipeline, operated by Georgia-based Colonial Pipeline, carries gasoline and other fuel from Texas to the Northeast.

It delivers roughly 45% of the fuel consumed on the East Coast, according to the company.

Commerce Secretary Gina Raimondo said Sunday that this kind of incident “is what businesses now have to worry about,” and that she will work “very vigorously” with the Homeland Security secretary to address the problem of cyberattacks, calling them a top priority for the administration.

“Unfortunately, these sorts of attacks are becoming more frequent. They're here today. We have to work in partnership with business to secure networks to defend ourselves against these attacks,” she said on CBS' Face the Nation.

She said President Joe Biden was briefed on the attack.

“Its an all-hands-on-deck effort right now,” Raimondo said. “And we are working closely with the company, state and local officials to make sure that they get back up to normal operations as quickly as possible and there aren't disruptions in supply.”

Ransomware attacks are typically carried out by hackers who lock up computer systems by encrypting data and then demand a large ransom to release it.

Colonial Pipeline has not said what was demanded or who made the demand and offered no immediate update Sunday.

David Kennedy, founder and senior principal security consultant at TrustedSec, said that once a ransomware attack is discovered, companies have little recourse but to completely rebuild their infrastructure, or pay the ransom.