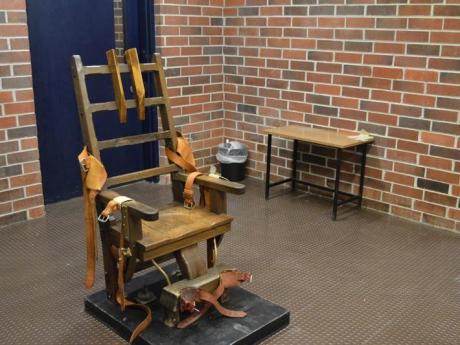 COLUMBIA, South Carolina (AP) — South Carolina Governor Henry McMaster has signed into law a bill that forces death row inmates, for now, to choose between the electric chair or a newly formed firing squad in hopes the state can restart executions after an involuntary 10-year pause.

South Carolina had been one of the most prolific states of its size in putting inmates to death.

But a lack of lethal injection drugs brought executions to a halt.

McMaster signed the bill Friday with no ceremony or fanfare, according to the state Legislature's website.

It's the first bill the governor decided to deal with after nearly 50 hit his desk Thursday.

“The families and loved ones of victims are owed closure and justice by law. Now, we can provide it,” McMaster said on Twitter on Monday.

Last week state lawmakers gave their final sign-offs to the bill, which retains lethal injection as the primary method of execution if the state has the drugs, but requires prison officials to use the electric chair or firing squad if it doesn't.

Prosecutors said three inmates have exhausted all their normal appeals, but can't be killed because under the previous law, inmates who don't choose the state's 109-year-old electric chair automatically are scheduled to die by lethal injection.

They have all chosen the method that can't be carried out.

How soon executions can begin is up in the air.

The electric chair is ready to use.

Prison officials have been doing preliminary research into how firing squads carry out executions in other states but are not sure how long it will take to have one in place in South Carolina.

The other three states that allow a firing squad are Mississippi, Oklahoma, and Utah, according to the Death Penalty Information Center.