Country yet to decide on increasing retirement age 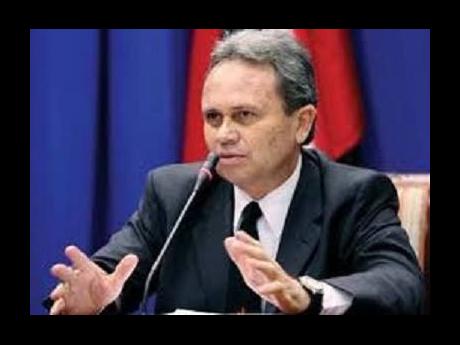 Trinidad and Tobago has as yet taken no firm decision on increasing the retirement age over a 10-year period from the current 60 years to 65 years of age, from the year 2025, Finance Minister Colm Imbert has said.

Addressing the Development Bank of Latin America (CAF) webinar on ‘Pensions and Healthcare System, Challenges posed by ageing technological change and informality’, Imbert said the recommendation followed an actuarial report on the National Insurance Scheme (NIS) as part of the efforts to improve the sustainability of the National Insurance Fund.

Imbert told the webinar that the option of increasing the age limit for retirement would allow persons to continue to retire at 60, but at a reduced pension, or go to 65 and receive a full pension.

“The actuaries have proposed that the pension be reduced by approximately six per cent for each year that an individual retires before the increased age of retirement. It is noteworthy that whereas the typical age of retirement in Trinidad and Tobago, both in the public and private sectors, is 60 years, there are some areas in the public sector, notably in local government, where the retirement age is already 65 years of age.”

But Imbert said that the initial public feedback on this proposal for increasing the retirement age has been mixed, with some welcoming the opportunity to work for five more years and others complaining that an increased age of retirement would adversely affect promotional opportunities.

“Additionally, the idea of a reduced pension at age 60 would certainly be unpopular in many quarters. This issue is therefore still under active consideration,” Imbert said as he delivered the feature address at the webinar.

He said the acturial report had also recommended an increase in the contribution rate in the short term, “which, while yielding more income for the fund, are not popular,” adding also that it recommended bringing more equity in the NIS by reducing the pension for those taking their retirement before age 65, “an even more potentially unpopular concept”.

“Currently, individuals can retire as early as age 60 and still get the full minimum pension,” Imbert said, adding that another recommendation calls for “freezing the minimum pension until it is, at most, 80 per cent of the minimum wage.”

But, he said, “at present, our minimum pension is equal to 100 per cent of our minimum wage”.