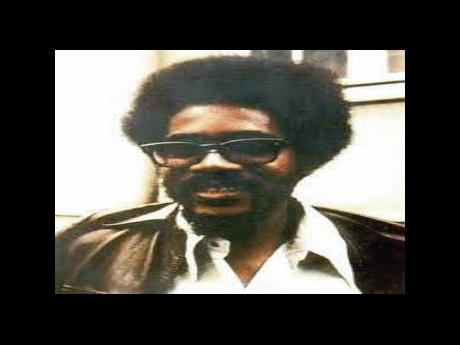 The Guyana government Thursday announced that it will honour prominent historian, political activist and academic, Dr Walter Rodney, nearly 41 years after he was assassinated here.

Attorney General and Minister of Legal Affairs Anil Nandlall, in a statement to the National Assembly, said efforts will be taken to change key details on Rodney’s death certificate and make his gravesite a national monument.

Nandlall said the actions follow a request by Rodney’s family, his wife, children and brother, to bring a level of closure.

He said, although “this son of Guyana” was known and respected throughout the world for his academic accomplishments, scholarship and activism, his death certificate described him as “unemployed’’.

The 38-year-old Rodney was killed on June 13, 1980, by a bomb that had been placed in his car. His brother, Donald Rodney, who was injured in the explosion, said that a sergeant in the Guyana Defence Force, named Gregory Smith, had given Walter the bomb that killed him. After the killing, Smith fled to French Guiana where he died in 2002.

In April this year, the Court of Appeal set aside the conviction that linked Donald Rodney, 69, to the assassination of his brother.

The Court of Appeal also set aside the 18-month sentence for possession of explosives against Rodney, said to have been the only eyewitness to the assassination of his brother, who was the co-leader of the Working People’s Alliance (WPA).

In 2014, a Commission of Inquiry declared that Rodney’s death was not a misadventure but rather an assassination, and the attorney general told legislators that the death certificate will be amended to delete the words ‘misadventure’ as the cause of death.

The Rodney Gravesite and Memorial are currently being managed collaboratively between the Rodney family and the National Trust but the government intends to have it declared a national monument to fall fully under the administration of the National Trust.

Nandlall told the National Assembly that one of the greatest tragedies from Rodney’s death is the loss of his scholarship to the people of Guyana.

He said, to this end, the books he wrote will be placed on the national syllabus by the Ministry of Education and in the hands of primary and secondary school students across Guyana. Additionally, his other major works, including A History of the Guyanese Working People, Guyanese Sugar Plantations in the late Nineteenth Century and How Europe Underdeveloped Africa, shall be made available to the library of the University of Guyana.

The Walter Rodney Chair at the University of Guyana will also be re-established, Nandlall said, adding that every effort will be made to remove and expunge all public records that intimate any level of guilt or wrongdoing by Dr Walter Rodney in relation to the June 13, 1980 bombing.

“We have already begun and will continue our efforts to secure the record of the 2014 Commission of Inquiry. Those records will be digitised by our National Archives, recently renamed the Walter Rodney National Archives,” he added.