Millions in US fear eviction as housing crisis worsens 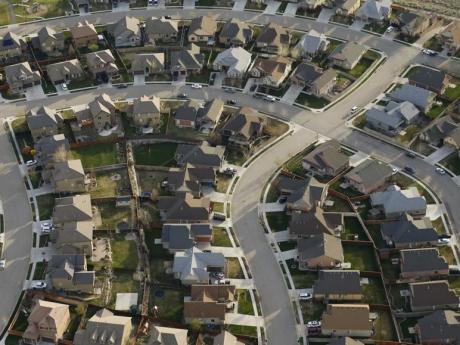 NEW YORK (AP) — More than four million people say they fear being evicted or foreclosed upon in the coming months just as two studies released Wednesday found that the housing availability and affordability crisis in the United States is expected to worsen significantly following the pandemic.

The studies come as a federal eviction moratorium is set to expire at the end of the month.

The moratorium has kept many tenants owing back rent housed.

Making matters worse, the tens of billions of dollars in federal emergency rental assistance that was supposed to solve the problem has not reached most tenants.

The housing crisis, the studies found, risks widening the gap between black, latino and white households, as well as putting homeownership out of the reach of lower-class Americans.

The reports were released on the same day as Census Bureau's biweekly Household Pulse Survey came out.

It showed that nearly 4.2 million people nationwide report that it was likely or somewhat likely that they will be evicted or foreclosed upon in the next two months.

Many of those tenants are waiting to see what becomes of the Centers for Disease Control and Prevention measure, which is set to expire on June 30.

They argue extending it would give states the time to distribute more than $45 billion in rental assistance and protect vulnerable communities from COVID-19.

The rental assistance has been slow to reach tenants.

“The latest data confirm two things - emergency rental assistance is very slow to reach renters in need, and millions of renters remain behind on rent and at heightened risk of evictions,” Diane Yentel, president of the National Low-Income Housing Coalition, said in an email interview.

Among those confronting the June 30 deadline is Victor Richardson.

The 78-year-old, who is disabled and in a wheelchair, is facing eviction from his $2,500-a-month assisted living center in Tucson, Arizona, and has a court hearing early next month.

“We have been successfully fighting this and I've come to believe we are going to come out this victoriously,” said Richardson, who housing advocates said would not be admitted to a homeless shelter because of his disability.

The reports by Harvard University and the National Association of Realtors come from different perspectives, but ultimately reach the same conclusion: the United States isn't building enough housing to address population growth, causing record low home availability, and rising home prices are putting homeownership out of reach of millions of Americans.

Without substantial changes in home building and home affordability, both reports say, the result will be a more-or-less permanent class of renters contrasted with what will likely be a mostly white class of homeowners.

While these problems were known before the coronavirus pandemic, the economic impact of the pandemic exacerbated the problem, the reports say.