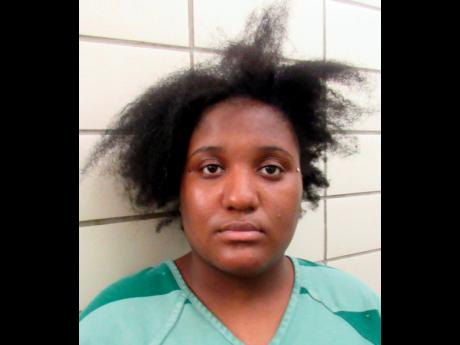 AP
This June 17 booking photo provided by the Dallas County, Texas, jail shows Troyshaye Hall. Hall faces a capital murder charge in her daughter’s slaying, as well as a charge of aggravated assault in the stabbing of a 16-year-old boy.

A seven-year-old Dallas girl whose mother was recently arrested in her death was stabbed over 30 times, according to a court document.

Madison Petry died after being stabbed on Thursday. Troyshaye Mone Hall, 23, faces a capital murder charge in her daughter’s slaying, as well as a charge of aggravated assault in the stabbing of a 16-year-old boy.

An arrest-warrant affidavit says that Hall’s mother said she was taking a bath Thursday when she heard screaming. Hall’s brother then told her that Hall had stabbed his teenage friend, the affidavit said.

The affidavit said Hall’s mother and brother tried to take the knife from her, but she got away from them and stabbed her daughter.

Madison was pronounced dead at a hospital.

The affidavit said that the initial autopsy found that the child had over 30 stab wounds.

Hall was being held in Dallas County Jail on US$1.5 million. Court records did not list an attorney for her who could be reached for comment.