Gov’t brushes aside opposition to extension of SOE 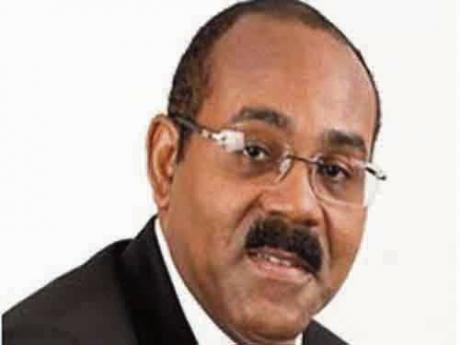 Prime Minister Gaston Browne has brushed aside concerns being raised by the main opposition United Progressive Party (UPP) over plans to extend the state of emergency (SOE) by a further three months.

Parliament will convene today to debate the extension of the SOE, which was due to expire on June 28.

A statement issued following last week’s Cabinet meeting indicated that the hours of curfew remain from 11 p.m. to 5 a.m. (local time) each night, and the SOE will be extended to September 30.

But the UPP in a statement said that it “disagrees” with the extension, describing it as “political repression and cowardice” and “nothing but a demonstration of [the administration’s] political unease and its fear of a disaffected population”.

The opposition party said that it is its belief that “the provisions of the Public Health Act are sufficient authority to impose regulations and protocols for managing the COVID-19 pandemic”.

But Browne, speaking on his weekend radio programme, said the government must continue to take “prudent measures to protect livelihoods and to protect lives”.

He told radio listeners that the Opposition is questioning whether these protective measures should be supported by law (Public Order Act) versus the guidelines for an SOE as enshrined in the constitution.

“We have said that we want constitutional protection to avoid any frivolous litigation, especially by those in the UPP,” Browne said, dismissing suggestions that the extension of the SOE is a means of stifling political activism.

He said that large gatherings remain fertile grounds for the spread of the COVID-19 virus and that the government is acting responsibly by limiting such gathering, including political ones.

“Even the fête we are approving for up to 300 individuals, hopefully next month, (will be) carried out under strict conditions involving only fully .vaccinated individuals. Why would we then want to go and have a very liberal COVID policy to allow public meetings so that unvaccinated and vaccinated people could gather in their hundreds or thousands?”

The statement issued after the Cabinet meeting had also noted that “approved events will have a curfew of 2:30 a.m. (local time) and patrons are to reach their homes by 3 a.m.

“Their arm bands and ticket stubs will serve as evidence that they attended an approved event that may be used if approached by law enforcement,” the statement noted.