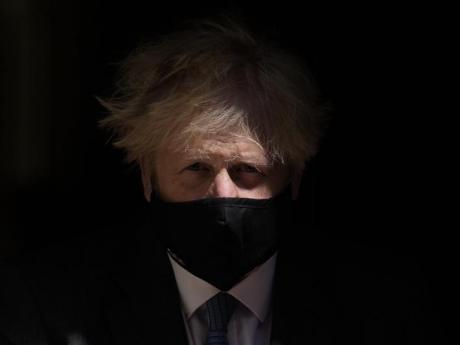 LONDON (AP) — The British government won't extend the June 30 deadline for European Union citizens in the United Kingdom to apply for permanent residency or risk losing their right to live and work in the UK.

Britain's departure from the EU last year ended the automatic right of people from the bloc to settle in the UK, and of Britons to live in the 27 EU nations.

As part of the divorce, both sides agreed everyone would keep the residence rights they had before Brexit.

In Britain, that means citizens of the EU and several other European countries must apply online for confirmation of their “settled status” if they want to continue to work, study or receive social benefits.

The UK government says there have been 5.6 million applications since the programme opened in March 2019, only a handful of which have been refused.

That is far more than the government's pre-Brexit estimate that about 3 million EU citizens lived in Britain.

The number of EU residents in Britain who have not applied is unknown.

“I want to be clear -- we will not be extending the deadline,” Immigration Minister Kevin Foster said Wednesday.

“Put simply, extending the deadline is not a solution in itself to reaching those people who have not yet applied and we would just be in a position further down the line where we would be asked to extend again, creating even more uncertainty.”

The government says people who have applied by the end of June will be sent letters giving them 28 days to act.

People will also be able to apply after the deadline if they had “reasonable grounds,” such as an illness that prevented them from doing it sooner, Foster said.

EU citizens' advocates worry that some people are still unaware they need to apply, while others are caught in a backlog of 400,000 applications that have yet to be processed.

They also want the British government to provide physical, rather than just digital, proof of residents' status. Many fear a repeat of the traumatic experience of thousands of Caribbean immigrants who settled in the UK after World War II only to be denied jobs and medical care or even threatened with deportation decades later because they did not have paperwork to prove their right to live in Britain.