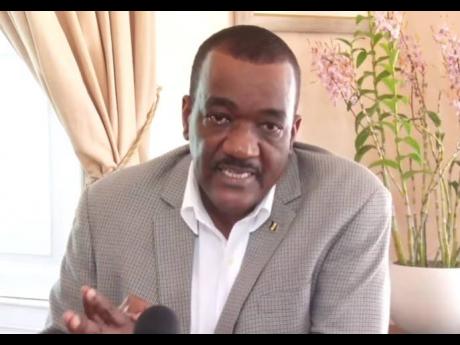 Thirty thousand doses of China’s Sinopharm vaccine are expected to arrive on Friday, Minister of Health Lieutenant Colonel Jeffrey Bostic said Wednesday, as he also reported a new cluster of COVID-19 cases at one business place just a week before curfew restrictions are due to be lifted.

After days reporting no new cases or one to two new cases, Bostic said one local business accounted for six of the seven new COVID-19 cases reported for Tuesday.

He said one case from the business was identified recently, and the number could possibly increase as three other persons from the same business were currently being assessed at the Harrison Point Isolation Facility in the northern parish of St Lucy.

Last weekend, Prime Minister Mia Mottley announced that the existing curfew would be lifted on June 30 and parties would again be allowed under certain restrictions.

But Bostic said the cluster of cases at the institution suggested that people were dropping their guard and were not strictly adhering to the COVID-19 protocols.

“At a time when our cases are low, and we are having those numbers in one business place, I want to re-emphasise the call to all persons in this country not to be fooled by the fact that we are having a low number of positive cases,” he said.

“This enemy is still with us. It does not always raise its head for us to see, but it is a clear and present danger. And, there is a requirement for all of us – all business places, all institutions – to follow the protocols and make sure that staff, clients and customers do the same. If you do not continue along that path, then we will start to see some cases creeping up and some numbers that we do not want to see at this point in time,” the health minister implored.

Speaking during a donation of 924,000 medical masks to Barbados and the Eastern Caribbean by the Federal Republic of Germany, Bostic added that while the National Vaccination Programme was doing “quite well” with regard to the administering of first and second doses, the non-pharmaceutical interventions, such as mask-wearing, sanitising and physical distancing, were the “bedrock” and foundation that would keep people safe.

He also used the occasion to urge those persons who had not yet been vaccinated to do so. The health minister said once the vaccines were available, government would continue to vaccinate those who were desirous of being inoculated.

Bostic said the pending roll-out of the Sinopharm vaccine will include vaccinating approximately 250 Chinese residing in Barbados.

“I am encouraged by the fact that these vaccines are being used in Trinidad and Tobago … and in several countries across the globe already, and I hope that will encourage persons,” Bostic said.