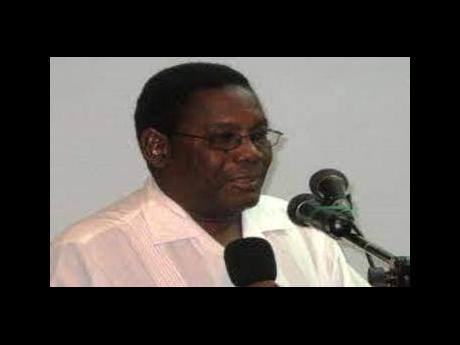 The cause of death was not disclosed, but John, the island’s last premier, had in recent years been suffering from diabetes and had one of his legs amputated in 2016. He died at the Dominica-China Friendship Hospital where he had been taken to on Monday night.

John led Dominica to independence from the United Kingdom on November 3, 1978 and was leader of the Waterfront and Allied Workers’ Union and mayor of Roseau before being elected to the legislature in 1970.

He entered Parliament as a member of E.O. LeBlanc’s ruling Dominica Labour Party (DLP), holding several ministerial posts, and when LeBlanc resigned in 1974, John succeeded him as prime minister.

But on May 29, 1979, in the face of widespread protests to his austere leadership, soldiers fired on demonstrating crowds. In the ensuing melee, a young man was shot dead and several persons were injured. Resistance to his rule strengthened as public servants went on strike and the country was completely shut down. He was eventually forced to resign in June 1979 after several of his cabinet ministers deserted the party.

Prior to his removal from office, John was given the position of colonel in the now defunct Dominica Defence Force (DDF), and he will be remembered mostly for the 12-year-jail sentence that was imposed on him in 1985 on a charge of conspiracy to overthrow the government in a 1981 plot with United States mercenaries.

″You could not take the idea of not being leader of Dominica, so you went to the limit to put yourself back into power,″ High Court Judge Satrohan Singh said as he handed down the sentence on John, former DDF deputy commander Malcolm Reid and salesman Julien David.

After several appeals from various persons to Prime Minister Dame Eugenia Charles for leniency, John was released on May, 29, 1990.

After his release, John resumed a role in public life, particularly in sports, becoming president of the Dominica Football Association (DFA). In 2007 he was inducted into the CONCACAF Hall of Fame. The DFA administrative headquarters is named ‘Patrick John Football House’ in his honour.

In November 2011, John was banned by FIFA from the sport for two years for his part in an alleged bribery scheme involving FIFA presidential candidate Mohamed bin Hammam.