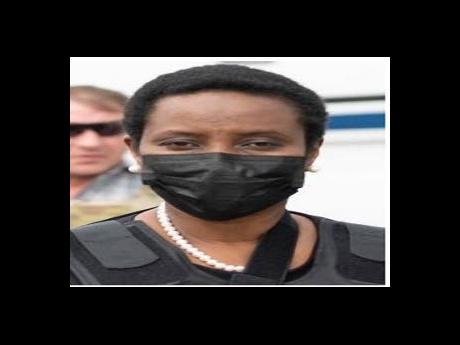 The wife of the assassinated Haitian President, Jovenel Moïse, says the “moral support” of the population has provided her with the support needed to “go through this great ordeal” as the nation gets ready for his official funeral on Friday.

Moise was shot and killed on July 7 during an invasion by armed men, also injuring his wife, Martine, who had to be flown to the United States for medical treatment.

“The First Lady of the Republic wishes to express her deep gratitude to the Haitian people for their messages of compassion and solidarity towards their family, following the assassination of the president of the Republic HE Mr Jovenel Moïse, in his private residence,” she said in a statement, adding that she was “very touched by all the expressions of sympathy” shown towards her.

“Your moral support gives the presidential family the courage to go through this great ordeal and helps them transcend these moments of indescribable pain,” she said, adding that she was taking the “opportunity to inform the public that the presidential family wishes to pay alone the expenses related to the funeral of the President of the Republic.

“To do so, it does not intend to benefit from the financial support of the public treasury. However, this decision does not detract from the official and national character of these funerals, to which President Jovenel Moïse is entitled with the respect, solemnity and dignity attached to his rank of Head of State,” she added.

The First Lady said that she also wanted to thank the national and international authorities who have paid a “vibrant tribute” to her husband, and that she urges them to “remain in prayer … on the day of the funeral (so as) to accompany President Moïse to his final resting place.

“In this dark period of our history, the First Lady renews her wishes of courage to the entire people and joins your prayers for peace and justice to reign in Haiti,” she said in her statement.

The authorities have since said that Thursday and Friday have been declared public holidays as part of the preparation for the funeral.

Meanwhile, as the country gets ready to swear in Dr Ariel Henry as the new head of state later on Tuesday, the opposition has questioned his appointment.

“Ariel Henry does not have the legal and constitutional provisions to set up a government. The international community is on the wrong track. It takes a broad consensus, accompanied by political agreement, to break the current political impasse. The Core Group is on the wrong track,” said André Michel, one of the leaders of the opposition groups here.

The ‘Core Group’ of international diplomats last weekend called on interim prime minister Claude Joseph to step down and allow for Henry, a medical practitioner, to form a “consensual and inclusive” government.

The ‘Core Group’ representing countries such as Germany, Brazil, Spain, the United States, France, the European Union and representatives from the United Nations and the Organization of American States, also said it was strongly encouraging Henry to continue the mission entrusted to him to form such a government.