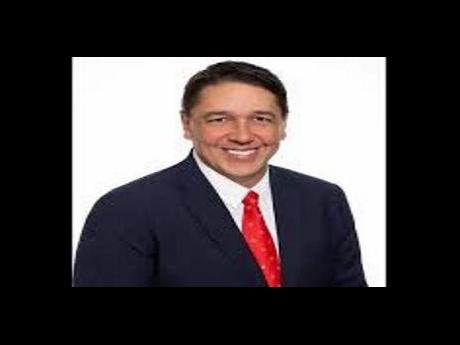 The Trinidad and Tobago government on Tuesday said it has no policy in place allowing for the state-owed media “preferred or exclusive access to events” as the main opposition United National Congress (UNC) condemned what it terms the government’s “censorship of private media houses”.

Minister in the Ministry of the Prime Minister with responsibility for Communications, Symon de Nobriga, on Tuesday sought to distance himself from an incident that occurred last Saturday, when at least 700 Venezuelan nationals were being repatriated to their homeland by boat.

He said that it is “unfortunate” that journalist Kejan Haynes had taken “seriously a statement made by me light-heartedly, and supposedly off the record, at the repatriation exercise.

“Given the large numbers and in keeping with the health protocols, it was determined that only Trinidad and Tobago Television (TTT) and the Information Division would have access. However, the director of government communications had been instructed to ensure that all footage of the event be made available to all media houses once they requested same.

“As Mr Haynes knows very well, there is no policy that provides or affords the state-owned media – TTT or any arm of the Information Division – preferred or exclusive access to any events or activities, and I am surprised that Kejan Haynes should infer otherwise, “ de Nobriga added.

But in his report on the incident, Haynes said that his television station had reached out to “government sources, who did in fact confirm this is policy”.

He did not name the sources, but telling viewers he wanted to editorialise a bit on the matter, saying while his television station “wished only the best for its colleagues at TTT, we believe a successful media is the cornerstone of a robust democracy.

“However, we do believe that success should not come, at best, by cheating, and at worst, an abuse of power”.

Opposition Leader Kamla Persad Bissessar said the “policy is tantamount to state censorship of our independent media. And it is yet another glaring red flag that this People’s National Movement (PNM) government views itself as a dictatorial regime that is above the rule of law and doesn’t need to answer to the public.

“Currently, the citizens of our nation are under a state of emergency, where certain rights and freedoms have been suspended. During this critical time, citizens must have trust in the institutions which are meant to serve their interests.”

She said that by “implementing this draconian measure, the PNM has broken public trust in the information the state disseminates.

“I call on all citizens to stand up for our democracy and demand the Rowley regime immediately end this grotesque attempt to silence our media.”