US welcomes interim government in Haiti 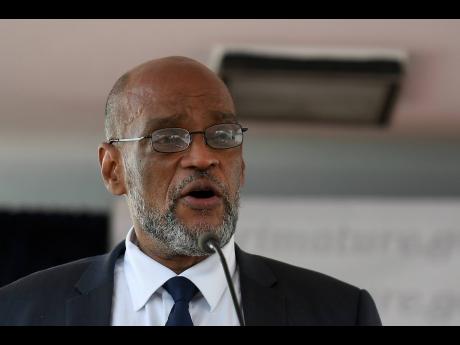 The United States (US) government has welcomed the appointment of a new prime minister in Haiti, and the efforts by the country’s political leadership to establish a new administration to chart a path forward following the assassination of President Jovenel Moise on July 7.

Yesterda, 71-yer-old neurosurgeon Dr Ariel Henry became the country’s seventh prime minister since 2017, even as the opposition parties refused to accept his position as the person given the task of leading the country ahead of the presidential and legislative elections scheduled for September 26.

Henry has since named an 18-member Cabinet, including four members of the administration that had been headed by Claude Joseph, whom Moise had replaced two days before his death.

“The formation of this interim government is a positive and necessary step to respond to the Haitian people’s needs and begin restoring Haiti’s democratic institutions,” said US Secretary of State Antony J. Blinken.

“The United States, together with the international community, urges Haiti’s political and civil society leaders to continue to work together to advance a broad and inclusive dialogue that responds to the needs of the Haitian people, and lays the groundwork for long-term stability and prosperity,” he added.

Blinken said the US remains committed to supporting the Haitian government’s investigation into Moise’s assassination, expanding COVID-19 vaccination efforts, working with the Haitian National Police to promote security and the rule of law, and coordinating with the international community to establish the conditions necessary for Haitians to vote as soon as is feasible.

“We call on all Haitians to work together to maintain peace, and will continue to support the Haitian people as they strive to build a stable, prosperous and democratic country,” Blinken said.