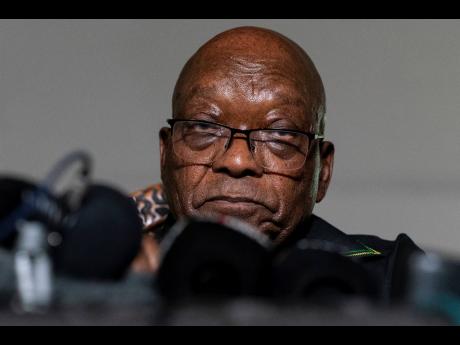 Zuma is currently serving a 15-month sentence for defying an order from the Constitutional Court, the country’s highest court, that he should testify at the commission of enquiry probing allegations of corruption during his term as president from 2009 to 2018.

The start of Zuma’s imprisonment on July 8 sparked off protests which quickly escalated into violent riots in KwaZulu-Natal and Gauteng provinces that lasted a week.

The death toll in the unrest has risen to 337, and police are investigating 213 of those for murder, Khumbudzo Ntshavheni, acting minister in the presidency, said Thursday. The rise in fatalities has been caused by people dying from serious injuries, she said.

The police investigations indicate that many deaths may have been caused by shootings and other intentional acts. Amnesty International is also investigating the deaths.

South Africa’s widespread poverty and inequality contributed to the wave of unrest which saw widespread ransacking of shopping centres, the burning of freight trucks, and the barricading of two of the country’s major highways.

Separate from his sentence for contempt of court, Zuma is standing trial for corruption stemming from a South African arms purchase in 1999. That case has been postponed until August 10, while the judge decides if Zuma should be permitted to attend the trial in person at the Pietermaritzburg High Court.

In that case, Zuma is accused of receiving bribes from French arms manufacturer Thales through his former financial advisor Schabir Shaik. Shaik was convicted on related charges in 2005 and served time in prison.