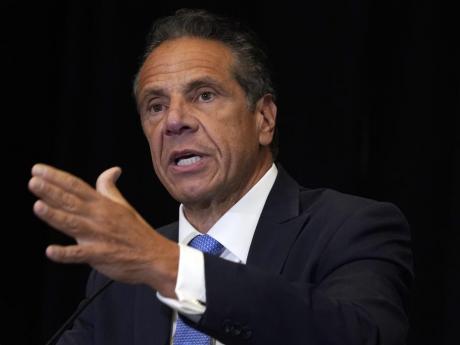 NEW YORK (AP) — An investigation found that Governor Andrew Cuomo sexually harassed several women inside and outside state government and worked to retaliate against one of his accusers, New York's attorney general announced Tuesday in a finding that is certain to renew calls for the Democrat's resignation or impeachment.

The nearly five-month investigation, conducted by two outside lawyers who spoke to 179 people, found that the Cuomo administration was a “hostile work environment” and that it was “rife with fear and intimidation.”

People interviewed included complainants, current and former members of the executive chamber, State troopers, additional state employees and others who interacted regularly with the governor.

James said her investigation has concluded.

There were no referrals to criminal prosecutors, though that wouldn't preclude local authorities from using the evidence and findings of the report to mount their own cases.

The report also detailed, for the first time, allegations that Cuomo sexually harassed a female state trooper on his security detail.

It said that the governor ran his hand or fingers across her stomach and her back, kissed her on the cheek, asked for her help in finding a girlfriend, and asked why she didn't wear a dress.

“These brave women stepped forward to speak truth to power and, in doing so, they expressed faith in the belief that although the governor may be powerful, the truth is even more so,” Joon Kim, one of the lawyers leading the investigation, said at the press conference.

Investigators said they found all 11 women were credible, noting that their allegations were corroborated to varying degrees, including by other witnesses and contemporaneous text messages.

Cuomo faced multiple allegations last winter that he inappropriately touched and sexually harassed women who worked with him or who he met at public events.

One aide in his office said he groped her breast.

The attorney general's report is expected to play an important role in an ongoing inquiry in the state Assembly into whether there are grounds for Cuomo to be impeached.

The Assembly hired its own legal team to investigate Cuomo's conduct, plus other allegations of wrongdoing.