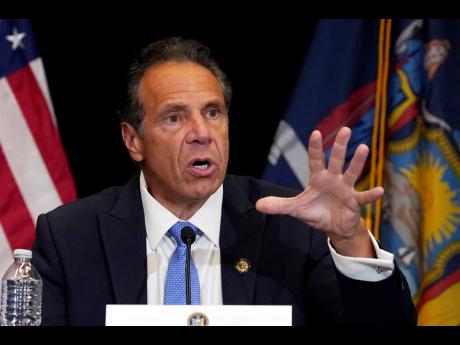 An investigation found that Governor Andrew Cuomo sexually harassed nearly a dozen women in and out of state government and worked to retaliate against one of his accusers, New York’s attorney general announced on Tuesday, hastening calls for the Democrat’s resignation or impeachment.

The governor remained defiant, saying in a taped response to the findings that “the facts are much different than what has been portrayed” and that he “never touched anyone inappropriately or made inappropriate sexual advances”.

The nearly five-month investigation, led by two outside lawyers, concluded that 11 women who said that Cuomo had touched them inappropriately, commented on their appearance or made suggestive comments about their sex lives were telling the truth.

Those accusers included an aide, who said Cuomo groped her breast at the governor’s mansion, and a female state trooper on his security detail, who said he ran his hand or fingers across her stomach and her back.

Anne Clark, who led the probe with former US Attorney Joon Kim, said the allegations were corroborated to varying degrees, including by other witnesses and contemporaneous text messages. On at least one occasion, the investigation found, Cuomo and his senior staff worked to retaliate against a former employee who accused him of wrongdoing.

The investigation’s findings, detailed in a 165-page public report, turn up the pressure on the 63-year-old governor, who just a year ago was widely hailed for his steady leadership during the darkest days of the COVID-19 crisis, even writing a book about it.

Since then, he’s seen his standing crumble with a drumbeat of harassment allegations; questions in a separate, ongoing inquiry into whether state resources went into writing the book; and the discovery that his administration concealed the true number of nursing home deaths during the outbreak.

The revelations, most of which were initially made public last winter, led to a chorus of calls then for Cuomo’s resignation from many top elected Democrats in New York. US Senators Chuck Schumer and Kirsten Gillibrand said after the report’s release on Tuesday that it reinforces a call for his resignation they first made last March.

“No elected official is above the law. The people of New York deserve better leadership in the governor’s office. We continue to believe that the governor should resign,” they said in a joint statement.

While James concluded the investigation without referring the case to prosecutors for possible criminal charges, local authorities could use its evidence and findings to mount their own cases. Albany District Attorney David Soares said he will be requesting material from James’ office and encouraged victims to contact his office with information.