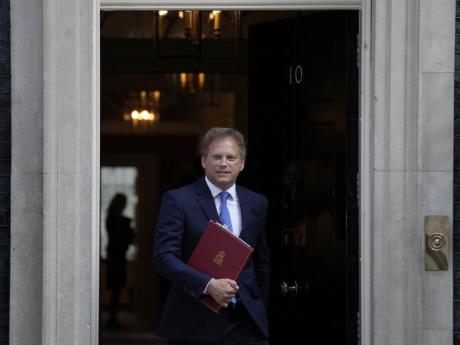 LONDON (AP) — The British government says it plans to simplify rules for international travel during the coronavirus pandemic, with an announcement coming later Friday.

Transport Secretary Grant Shapps said on Twitter that he would “set out measures to simplify international travel later today in order to reduce costs, take advantage of higher levels of vaccination, and keep us all safe.”

The government is under pressure to scrap its “traffic light” system that ranks countries as red, amber or green — high, medium or low risk from the coronavirus.

The categories have been criticised as unfair and confusing, and sudden changes to countries' status have caused headaches for thousands of travellers.

At present, people coming from “red list” countries must spend 10 days in a government-approved quarantine hotel.

It's likely the government will ease the rules that require travellers to take a highly sensitive, and pricey, PCR test two days after arrival.

They could be able to use a cheaper but less sensitive lateral flow test instead.

Airlines and travel businesses have complained that Britain's complicated and expensive requirements are keeping people away and hampering recovery from the pandemic.

Heathrow Airport said this week that it had fallen from Europe's busiest airport in 2019 to 10th-busiest now, behind rivals in cities such as Amsterdam, Paris and Frankfurt.

Any changes will apply to England. Scotland, Wales and Northern Ireland set their own policies.