US ramps up plan to expel Haitian migrants gathered in Texas 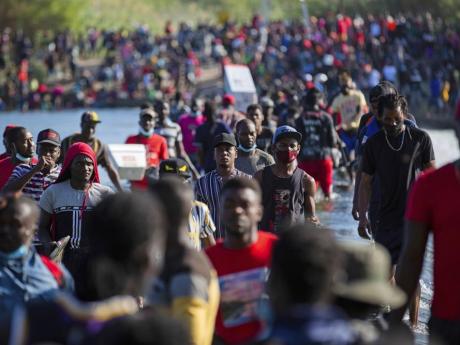 DEL RIO, Texas (AP) — United States officials said Saturday that within the next three days, they plan to ramp up expulsion flights for some of the thousands of Haitian migrants who have gathered in a Texas city from across the border in Mexico.

The Department of Homeland Security said in a statement that it moved about 2,000 migrants out of Del Rio to other locations on Friday for processing and possible removal from the United States.

The announcement marks a swift response to the sudden arrival of thousands of Haitians in a relatively remote stretch of border that lacks the capacity to hold and process such large numbers of people.

By Monday morning, US Customs and Border Protection plans to have at least 400 agents and officers in the Del Rio area and it is prepared to send more, DHS said.

A US official told The Associated Press on Friday that operational capacity and Haiti's willingness will determine the number of flights.

The official said progress was being made in negotiations with Haitian authorities.

The official had direct knowledge of the plans but wasn't authorised to discuss them publicly and spoke to The Associated Press on the condition of anonymity.