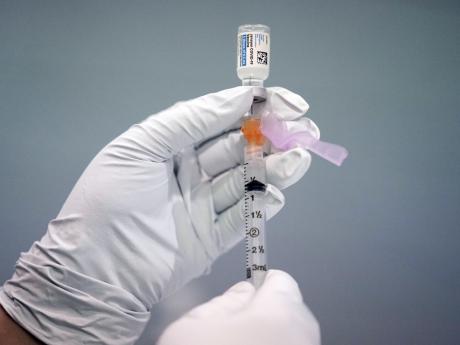 J&J said in statement that an extra dose — given either two months or six months after the initial shot — revved up protection. The results haven't yet been published or vetted by other scientists.

The J&J vaccine was considered an important tool in fighting the pandemic because it requires only one shot. But even as rollout began in the U.S. and elsewhere, the company already was running a global test of whether a two-dose course might be more effective — the second dose given 56 days after the first.

That two-dose approach was 75% effective globally at preventing moderate to severe COVID-19, and 95% effective in the U.S. alone, the company reported — a difference likely due to which variants were circulating in different countries during the monthslong study.

While the single-dose vaccine remains strongly effective, “a booster shot further increases protection against COVID-19 and is expected to extend the duration of protection significantly,” Dr. Paul Stoffels, J&J's chief scientific officer, said in a statement.

J&J said it has provided the data to regulators including the U.S. Food and Drug Administration, the European Medicines Agency and others to inform decisions about boosters.