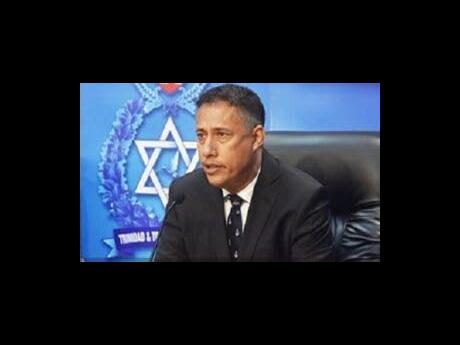 Former police commissioner Gary Griffith will return to court on November 10 even though his attorneys informed the High Court on Monday that an agreement had been reached with the Police Service Commission (PSC) regarding his suspension less than 24 hours after he was due to have taken up a position as acting top cop earlier this month.

Former attorney general Ramesh Lawrence Maharaj, who is leading a team of lawyers representing Griffith, told Justice Nadia Kangaloo despite a settlement having been reached between the parties over the last weekend, that his client was not prepared to forgo one outstanding issue.

He said Griffith was entitled to seek a declaration from the court that his September 17 suspension was unlawful “and unless there is settlement on this issue, he is entitled to pursue his claim”.

“We were hoping today to tell the court the matter was totally resolved, but one of the terms of the settlement has not been complied with,” Maharaj said, noting that Griffith will not be pursuing the application for the injunction since he has agreed to defer his return to work until October 31 or until an investigation by retired judge Stanley John was completed.

“We feel reasonably confident that this matter could be resolved,” Maharaj said.

Griffith, whose three-year term as police commissioner came to an end last month, had argued that the PSC acted illegally when it ordered him to not return to duty until further notice.

In addition to the judicial review application, Griffith was also seeking injunctive relief to have him reinstated to the position as acting commissioner pending the hearing and determination of the substantive claim.

He is also arguing that the illegality was committed due to the fact that he is not a subject of the investigation led by the former High Court judge and, therefore, the commission had no authority to suspend him from duty based on the initiation of the investigation.

Media reports said he had been suspended on the basis of the investigation the PSC initiated on September 1, headed by John, into allegations of corruption in the issuing of firearm user’s licences and the police handling of an incident at sea involving Christian Chandler, head of the police legal unit.

Chandler has been sent on leave.