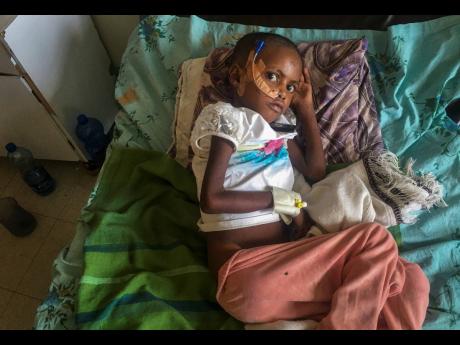 Uncredited
Genet Mehari, five, is being treated for malnutrition but with limited medicine, at the Ayder Referral Hospital in Mekele, in the Tigray region of northern Ethiopia. 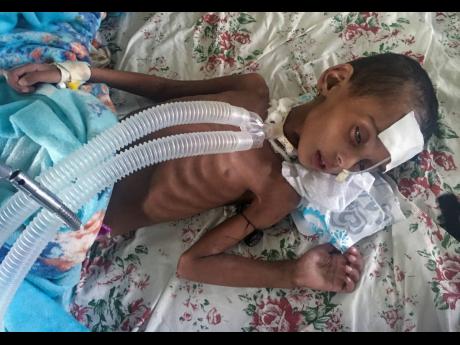 Uncredited
Rahwa Mehari, four, who first suffered from malnutrition, according to her father, and medical records show, then developed a cerebral tuberculoma, is being treated at the Ayder Referral Hospital in Mekele, in the Tigray region of northern Ethiopia.
1
2

As food and the means to buy it dwindled in a city under siege, a young mother felt she could do no more. She killed herself, unable to feed her children.

In a Catholic church across town, flour and oil to make communion wafers will soon run out. And the flagship hospital in Mekele, the capital of Ethiopia’s Tigray region, wrestles with whether to give patients the expired medications that remain. Its soap and bleach are gone.

A year of war and months of government-enforced deprivation have left the city of a half-million people with rapidly shrinking stocks of food, fuel, medicine and cash. In rural areas, life is even grimmer as thousands of people survive on wild cactus fruit or sell the meager aid they receive. Man-made famine, the world’s worst hunger crisis in a decade, has begun.

Despite the severing of almost all communication with the outside world, The Associated Press (AP) drew on a dozen interviews with people inside Mekele, along with internal aid documents, for the most detailed picture yet of life under the Ethiopian government’s blockade of the Tigray region’s six million people.

Amid sputtering electricity supplies, Mekele is often lit by candles that many people can’t afford. Shops and streets are emptying, and cooking oil and baby formula are running out. People from rural areas and civil servants who have gone unpaid for months have swelled the ranks of beggars. People are thinner. Funeral announcements on the radio have increased.

“The coming weeks will make or break the situation here,” said Mengstu Hailu, vice-president for research at Mekele University, where the mother who killed herself worked.

He told the AP about his colleague’s suicide last month, as well as the deaths of two acquaintances from hunger and a death from lack of medication. “Are people going to die in the hundreds and thousands?” he asked.

Pleas from the United Nations, the United States, the European Union and African nations for the warring sides to stop the fighting have failed, even as the US threatens new sanctions targeting individuals in Africa’s second-most populous nation.

Instead, a new offensive by Ethiopian and allied forces has begun in an attempt to crush the Tigray fighters, who dominated the national government for nearly three decades before being sidelined by Prime Minister Abiy Ahmed, the 2019 Nobel Peace Prize winner.

Ethiopia is one of the top recipients of US humanitarian aid. The government in Addis Ababa, fearing the assistance will end up supporting Tigray forces, imposed the blockade in June after the fighters retook much of Tigray, then brought the war into the neighbouring Amhara and Afar regions. Hundreds of thousands are now displaced there, widening the humanitarian crisis.

After the AP last month reported the first starvation deaths under the blockade, and the UN humanitarian chief called Ethiopia a “stain on our conscience,” the government expelled seven UN officials, accusing them of falsely inflating the scale of the crisis. The expulsions were “unprecedented and disturbing,” the US said.

Just 14 per cent of needed aid has entered Tigray since the blockade began, according to the UN, and almost no medicine at all.