Charles Mills hailed as one of greatest philosophers 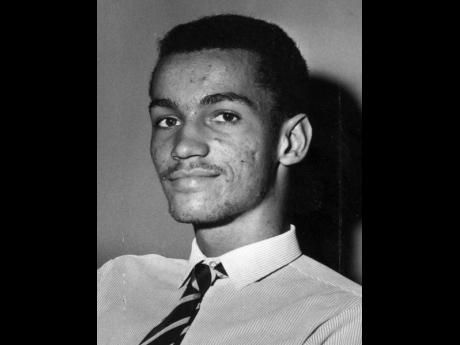 Gleaner Archives
A 1968 photograph of Professor Charles Mills, who passed away on September 20.

Jamaican author Professor Charles Mills was lauded as one of the world’s best philosophers during a virtual tribute two Sundays ago.

Mills, the author of the award-winning book The Racial Contract, died on September 20 after battling cancer. He was 70. Mills, a Jamaica College alumnus, was the author of five other books and over 100 articles.

The philosopher, who served as president of the Central Division of the American Philosophical Association, was regarded for his work on social and political philosophy. The panellists said he was an activist whose work challenged several controversial issues, including politics, racism and classism.

Mills argued that philosophy ignored fundamental issues of race and justice, and that racism had paved the way for many injustices against women and people of colour.

Linda Martin Alcoff lauded Mills’ work as an important political movement for the Caribbean and the world. “I think it’s important for people in North America to understand Charles’ work. The fact that he was coming from Jamaica at a time when he became a politically conscious youth in the late ‘60s and ‘70s,” she added.

Eulogised as an “authentic global scholar,” the panellists spoke highly of Mills’ literature and work in politics during the virtual tribute.

Charles Simon-Aaron said, “ When I met Charles Mills, I was astounded by the measure of this man’s discipline and his appropriateness in the usage of language, and his sensibleness in his utterances.”

Simon-Aaron added that Mills was a humanitarian who saw and treated everyone equally, regardless of social or political status.

“Coming from the Caribbean to meet someone from Jamaica who is light-skinned and knowing the class proclivities of the elite of Jamaica, and an obsessiveness with skin colour, which means everything for them ... here is a man who’s befriending and befriended by African-Jamaicans, and we’re not even going there with him on skin colour politics,” Simon-Aaron said.

The late professor was named a fellow of the American Academy of Arts and Sciences, and was chosen to give the 2020 Tanner Lecture on Human Values at the University of Michigan.