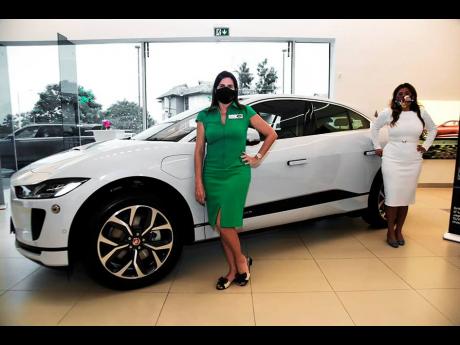 Jamaica plans to introduce more electric vehicles (EV), according to Director of Corporate Planning and Performance Management at the Ministry of Science, Energy and Technology, Zahra Oliphant.

Oliphant was speaking at a virtual JPS Foundation Electronic Vehicle Forum, titled ‘She’s in Charge,’ co-hosted by the Inter-American Development Bank. She said that the Government is actively pursuing four of the strategic frameworks developed by the ministry.

“What we envision is that by 2030, the national (public transportation) fleet will compose of 12 per cent electric vehicles.” said Oliphant.

Jacqueline Stewart-Lechler, director of Stewart’s Auto Sales, said that EVs are already being sold in Jamaica.

“We have full electric vehicles in Jamaica,” said Stewart-Lechler. “Through partnership with Jamaica Energy Partners, as well as JPS, there will be 60 charging stations across the island.”

As the electric vehicle sector expands globally, Jamaica aims to play its part in reducing her carbon footprint.

“These revelations continue to raise alarm on the need for enhanced climate action to stem the greenhouse gas emissions,” Eleanor Jones, chairman and CEO of Environment Solutions, said.

The climate action, she added, is part of efforts to reach to a state of net zero emissions for a low-carbon future. Jones said that with public- and private-sector cooperation, Jamaica can achieve net zero emissions.

Miller Simpson is encouraging corporations to move away from orthodox advertising that caters to men, asserting that because women are typically the decision-makers in families, companies must highlight features that appeal to women as well, such as durability and how it would benefit the family.

Stewart’s Auto Sales stated that so far they have only had male customers who are interested in electric vehicles.