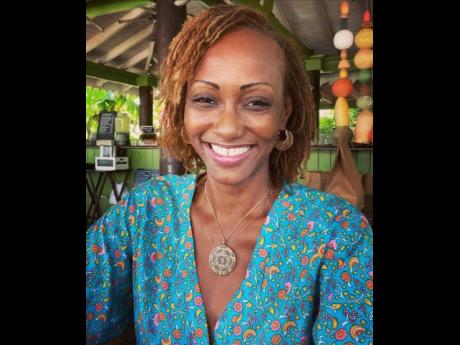 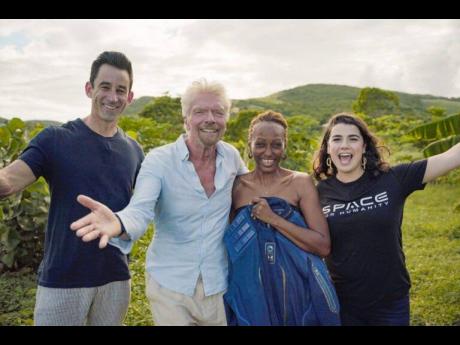 An Antiguan woman will be going to space, possibly with her daughter, after winning two seats aboard a Virgin Galactic’s commercial space flight.

Keisha Schahaff was announced the winner of Virgin Galactic and Sir Richard Branson’s Omaze fundraising sweepstakes on Wednesday, and said she hopes to take her 17-year-old daughter, an astrophysics student, along for the trip that is worth almost US$1 million. Tickets are currently on sale for US$450,000 each.

The health and energy coach said the opportunity was a dream come true.

“I entered the sweepstakes after I saw an ad, but who would have thought that I’d actually win? My daughter is studying STEM and wants to work at NASA, and I hope to share this experience with her because it would be an incredible dream come true for both of us, for our entire family.

“I’ve always had a lifelong love of flying and a fascination with space, and this is truly a dream come true for me. It means the world to me. I hope to share this experience with my daughter, so together we can inspire the next generation to follow their dreams,” the 44-year-old mother said.

Later, in a post on her Facebook page, Schanaff said she was ready for the experience and to represent her twin-island nation as well as the wider Caribbean.

“The training will take some time, I know, but I’m super ready to embrace every experience onwards. It’s a pleasure to be an ambassador for our island and the Caribbean, the first of our kind to enter space and I’m ready to represent. My heart is open and ready to unite, to empower and to inspire,” she wrote.

Sir Richard and Matt Pohlson, CEO and co-founder of Omaze, an online fundraising platform, along with Space for Humanity executive director Rachel Lyons, had surprised Schahaff at her home to deliver the news that she won the sweepstakes that kicked off in July, following Virgin Galactic’s historic Unity 22 mission on which Sir Richard and five other team members embarked on the company’s first fully crewed flight test.

“It was remarkable to be there for the beginning of Keisha’s journey to space; she is an extraordinary person who is already inspiring people with the work she does to support women in her home of Antigua and Barbuda,” Sir Richard said after surprising Schahaff.

“This experience will provide another platform for her to inspire many more people into the future. I couldn’t be happier to see the mission of Virgin Galactic come to life and to work with such amazing partners like Omaze and Space for Humanity in our continued commitment to make space accessible to all.”

As a member of this community, Schahaff and her fellow Future Astronauts will be invited to participate in extraordinary experiences to make new connections and prepare for their journey into space. Along with space anticipation and space readiness, the Future Astronaut community uses its collective power as a force for good by inspiring students to study STEM through their involvement with Galactic Unite.

In addition to experiencing the wonder of space travel, Schahaff will receive a guided tour of Spaceport America, the world’s first purpose-built Spaceport in New Mexico, from Sir Richard Branson and the Virgin Galactic team.

The Omaze sweepstakes which she won drew donations from 164,338 people around the world in eight weeks to raise a projected US$1.7 million to support Space for Humanity’s mission to democratise space travel.