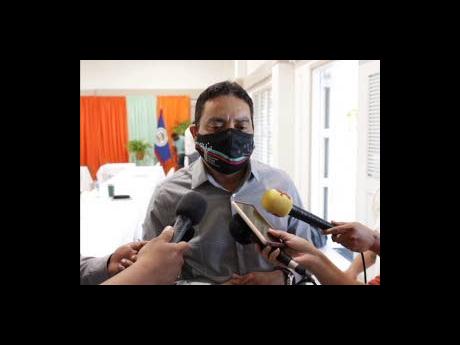 The Belize government says teachers will be exempted from a a policy that public officers must show proof that they have been vaccinated against COVID-19 by December 15, or face the risk of being marked absent from work and subject to disciplinary action.

“As we have already agreed with the union, the position remains the same. Those teachers who are not vaccinated will have to continue producing every two weeks, a test hoping that they are negative. So, a negative test every two weeks if they have chosen not to get the vaccine,” said Education Minister Francis Fonseca.

Officials say that while teachers fall under the public sector, they are not classified as public officers and as a result, when the December 15 deadline comes into effect and public officers will be mandated to show proof of vaccination, teachers will be spared.

Belize has recorded 570 deaths and 30,060 positive cases linked to the virus since March last year.

A circular from the Ministry of Public Service, Constitutional and Political Reform states that “for the safety of all public officers and the public serve, it has been decided that all essential workers and other public officers must be vaccinated by December 15, 2021”.

The move has been criticised by the Public Service Union, but Health and Wellness Minister Michel Chebat said vaccination for government workers is a direction being taken globally.

Meanwhile, Fonseca confirmed that the government met with social partners on Wednesday to review the country’s economic performance.

The Joint Union Negotiating Team has requested a separate meeting amid reports that its members are calling on the government to reinstate the 10 per cent salary cut that was implemented at the start of the 2021/2022 fiscal year.