Gov’t: Local economy will return to pre-pandemic levels by next year 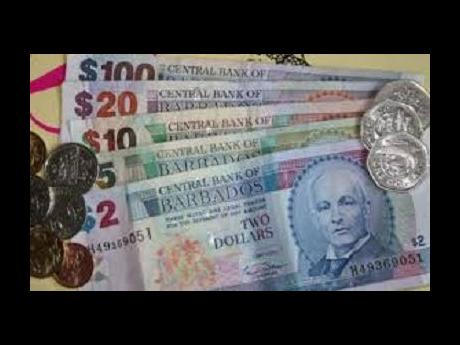 The Barbados government is reporting that it expects the local economy to record double-digit growth this year, according to a document released by the Ministry of Finance.

The pre-election Economic and Fiscal Update Report, dated January 10, 2022, which is required to be published no later than five working days after nomination day, is signed by Prime Minister Mia Mottley, who is also the minister of finance, economic affairs and the director of finance and economic affairs, Ian Carrington .

Barbadians will vote for a new government on January 19.

According to the document, government’s revenue and expenditure are to increase by the end of the current fiscal year ending March 31.

Revenue targets now stand at BDS$2.63 billion (one BDS dollar=US$0.50 cents) for fiscal year 2021/2022, due mainly to an expected increase of about BDS$24 million in tax revenue, while it is estimated that expenditure will reach just over BDS$31.3 billion at that time.

It also estimated that government would require close to half-a-billion dollars to service existing debt obligations for the October 2021 to March 2022 period of the current fiscal year.

The report pointed to increased tourism performance as the main driver of economic growth, noting that current forecasts anticipated that travel and tourism should lead to arrivals of around 78 per cent of pre-pandemic levels during 2022, and “a return to pre-crisis levels by the 2023 winter season.

“If the easing of travel restrictions is sustained within our main source markets, the United States and the United Kingdom, this should result in a winter season recovery to match pre-pandemic levels by the 2023/2024 winter tourism season,” it said.

Noting the expected lower unemployment levels and higher inflation, the report indicated that the forecasts for Barbados hinged on the speed of the global economic recovery, the effective execution of planned medium to large-scale investment projects and collective global ability to manage the COVID-19 pandemic.

“Over the medium term, Barbados is expected to reach its projected growth once economic expectations materialise, with the island returning to a long-term growth path of around 2 to 2.5 per cent,” it noted.

The gross domestic product (GDP) is expected to expand from the estimated BDS$9.3 billion in 2021 to just over BDS$10.7 billion this year, with the report indicating that agriculture and manufacturing helped in the improvement of the second-half economic performance for the year.

“With the surge in global supply chain disruptions, these sectors were the first to augment local demand, thus easing international supply challenges with an increase output in root crops in the case of agriculture and sanitising products in the manufacturing sector. Together, these sectors contributed to nine per cent of domestic economic output.

“The non-traded sectors of the economy also contributed to the recovery in 2021, as demand was boosted by the easing in restrictions and curfews, which allowed for the recovery in the retail trade and services sector,” said the report.