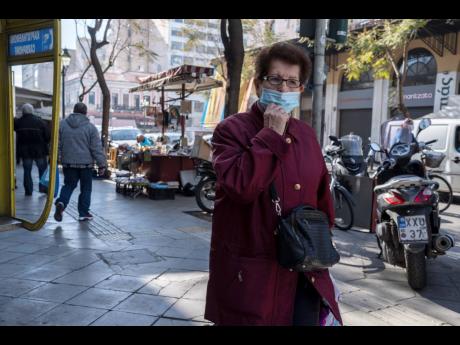 AP
An elderly woman wearing a face mask to curb the spread of coronavirus, walks in central Athens on Monday. 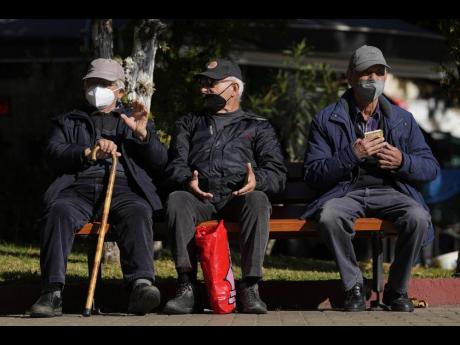 Greece imposed a vaccination mandate on Monday for people 60 and older as a spike in infections has put sustained pressure on Greek hospitals, where most of the seriously ill patients belong to that age group.

Older people failing to get vaccinated will face penalties, starting at a 50-euro (US$57) fine in January and followed by a monthly fine of 100 euros (US$114) after that.

About 69 per cent of Greece’s 10.7 million people are fully vaccinated, just under the EU average of 70.3 per cent. COVID-19 deaths and daily hospitalisations in Greece have increased following the arrival of the highly contagious Omicron variant although the overwhelming majority of people in the hospital or dying of the virus have the Delta variant. Pressure on ICU capacity has eased slightly.

Health Minister Thanos Plevris said the fines would be collected through the tax office, with the money going to help fund state hospitals.

“The age factor is important because of its impact on the public-health service,” Plevris told private Open TV on Sunday.

Greece imposed a vaccination mandate for healthcare workers last year. And starting February 1, vaccination certificates for adults will expire after seven months unless the holder receives a booster shot.

New infections surged sharply in early January but have eased over the past week.

The vaccination mandate for the 60 and older age group was announced in late December, and according to government data, 41.5 per cent of the 530,000 people targeted by the measure are now fully vaccinated.

Opinion polls suggest strong public support for the mandate, but some lawmakers across party lines have questioned the legality of singling out a specific group. The government defended the measure as constitutional, citing a 2020 high court decision allowing public day care centers to refuse children who had not been vaccinated for childhood illnesses.

Government spokesman Giannis Oikonomou said only people with legitimate health exemptions, those who had suffered a recent infection, and applicants for home-vaccination appointments that were delayed would be spared the fine.

“The law will be fully enforced,” Oikonomou said.

Greece has the seventh-oldest population in the world, as measured by share of residents aged 65 and over, according to the US-based Population Reference Bureau. It has seen nearly 22,000 virus-related deaths in the pandemic.