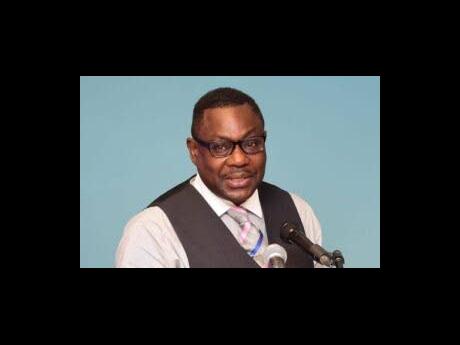 Speaking to the media on Friday, the DLP’s interim president, Steve Blackett, in confirming the resignation of Verla De Peiza as president, announced that a special conference will be held in mid-April to elect a new president.

“We had convened a special meeting of the party to review the election campaign and also the results. At that meeting this morning our president, comrade Verla De Peiza, submitted her resignation to the party. Since then, we met as an executive council and we have accepted her resignation and we are prepared to move forward.”

He said that following the loss at the polls, De Peiza stepped down citing “she could not unite the party and she could not ignite the country”.

“I want to laud President De Peiza for her stewardship over the last three to four years. The president stepped up to the plate and filled the void as president where she oversaw the transformation of this auditorium, she re-energised and reignited the base of the party and for a number of years, she has made us feel good about ourselves as members of this wonderful party and I want to say it publicly on behalf of not only myself, but the entire executive council and the members of the general council,” Blackett added.

Concerning the possibility of representing in the Senate, since Prime Minister Mia Amor Mottley had suggested appointing two opposition senators from the party with the second-highest tally following the 2018 election, Blackett said, “if it comes, we will consider it”.

“That is one of the matters we just discussed. It is not a decision that we can speak to immediately. We will have to confer with our executive bodies and our general council, but if it comes, we will consider it and let Barbados know what decisions we arrive at,” he said.